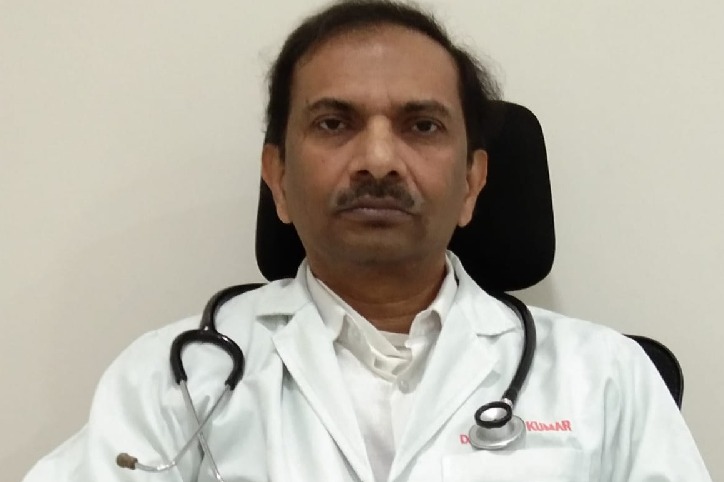 Visakhapatnam, 24th May 2022: A woman who has had breast cancer once in the past and is likely to get cancer again in the future has undergone multiple surgeries at KIMS Icon hospital in Visakhapatnam. A 47-year-old housewife from Gajuwaka has three children. Five years ago, she had menopause. In 2018, she had breast cancer and her right breast was removed. Later, she underwent genetic tests as a precautionary measure. In that test, BRCA gene 1 was found to be positive. There are chances that she may develop breast cancer, uterus cancer, or ovarian cancer at some point of time in the future. So, she consulted the doctors of KIMS Icon Hospital in Visakhapatnam. She said that she would prefer removing her left breast, uterus and ovaries to prevent the recurrence of cancer. After knowing that there is a chance of reconstruction of both breasts, she requested to do so through plastic surgery. Initially, under the leadership of Dr D. Leela, consultant gynaecologist and gynaecological oncologist of the hospital, her uterus and ovaries were removed.

Later, a consultant plastic and cosmetic surgeon from the same hospital, Dr P.R.K. Prasad led the removal of the left breast. Artificial breasts were placed on both sides. As a result, her chances of getting second breast cancer have been significantly reduced. And, she is normal to look at. Only 5-15% of normal cancer patients are at risk of contracting cancer in the same part or other parts due to genetic causes. However, when the recurrence occurs, it is very severe. Such surgeries are performed in advance to prevent it.

To perform such surgeries, we need gynaecologists, oncologists and plastic surgeons in one place. Medical experts from various departments are also required. With all of them available in one place at KIMS Icon Hospital and with state-of-the-art medical facilities, the woman got relief without any difficulty. The removed breast, uterus and ovaries were sent for biopsy and no signs of cancer were found. Dr. D. Leela and Dr. P.R.K. Prasad said that the woman was discharged as all the surgeries were completely successful and she is in good health.