In the upcoming movie "Panchathantram," Swathi Reddy and Brahmanandam are among the cast members. The movie's trailer is currently available.

Viewers get a peek inside the lives of several characters as they cope with various challenges in the trailer. Although each of their stories is different, they all have a common theme.


In the movie, Brahmanandam portrays the sturadhar. The colours Swathi, Samuthirakani, Divya Sripada, Sripada Balakrishna, Naresh Agasthya, and Shivathmika Rajasekhar are featured in these tales.

Harsha Pulipaka is the writer and director of "Panchathantram," which is slated for release on December 9 in theatres everywhere. The producers are Srujan Yarabolu and Akhilesh Vardhan. 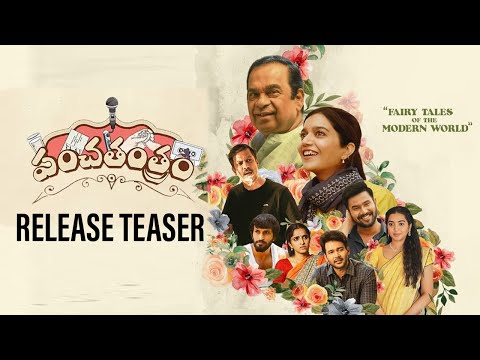