At the time of the national party announcement, the former chief minister of Karnataka, Kumaraswamy, as well as the leaders of his party and the president of the Viduthalai Chiruthaigal Katchi in Tamil Nadu, Thol. Thirumavalavan, were present in Pragathi Bhavan. Earlier, CM KCR had discussions on his proposal to create a national party with a number of political figures, including Mamatha Banerjee of West Bengal, Nitish Kumar of Bihar, Aravind Kejriwal of Delhi, Stalin of Tamil Nadu, Vijayan of Kerala, and Naveen Patnaik of Odisha.

CM KCR has stated his intention to contest against the BJP in the Center in the 2024 elections with his new National party.

When asked if CM KCR would run for prime minister in 2024, TRS MP K Suresh Reddy responded that the real issue is not the post but the missed opportunities to serve the country during the previous 75 years. According to a TRS MP, the legal concerns raised by the creation of a new national party would be addressed in due course.

Suresh Reddy has been very clear in saying that "We are going to replace BJP and not support it." 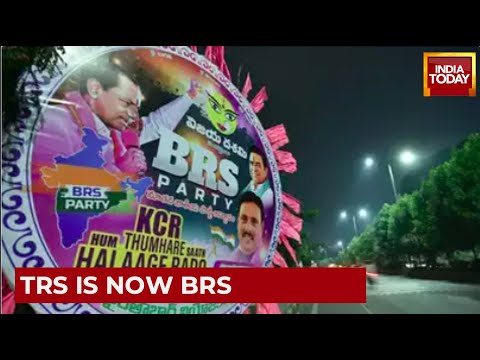