Mimicry Murthy, who was well known for his appearance on the Jabardasth Show, died. After a protracted illness, he passed away on Tuesday (September 27) in the late afternoon. His brother Arun confirmed the news about Murthy, a mimicry artist who has become well-known.

In an interview with Suman TV conducted only days before his tragic passing, Mimicry Murthy shared the illness he had been battling for the previous three years as well as his financial struggles. He claimed that Rs 16 lakhs had already been spent on the illness and that more money was still required for a surgery. He has shared how he was in severe need of financial assistance, and most of his friends kept silent. The comedian expressed his gratitude to Roja, a previous Jabardasth judge, and the Mimicry Association for their financial support.


In response to a query, Mimicry Murthy described how one of the doctors gave him a high dose of medication, which had an impact on his entire health system.


The comedian acknowledged in response to a query that he had once chose to commit suicide. He has also explained the reason to quit his suicide attempt in the last minute.

With the programme Jabardasth, Murthy made his television debut in 2018. He entertained with his trademark comedy in several skits. He thereafter gave numerous mimicking performances on various platforms. 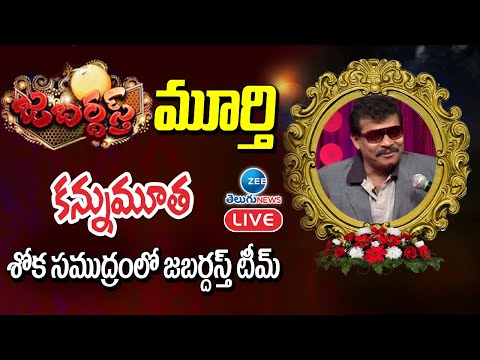