The Ram Setu teaser, starring Akshay Kumar and Jacqueline Fernandez, has just been released. Akshay Kumar portrays an archaeologist in the teaser who is desperately trying to save the historical Ram Setu.

There are fleeting glimpses of Satyadev Kancharan, Nushratt Bharuccha, and Jacqueline Fernandez.

Akshay runs through jungles and slides down muddy paths while dodging explosives and gunfire in the suspenseful teaser.

Abhishek Sharma is the director of Ram Setu, which he also co-produced with Amazon Prime Video, Abundantia Entertainment, and Lyca Productions. Rameshwar S. Bhagat is the editor of the film.

On October 25, the movie will be released. 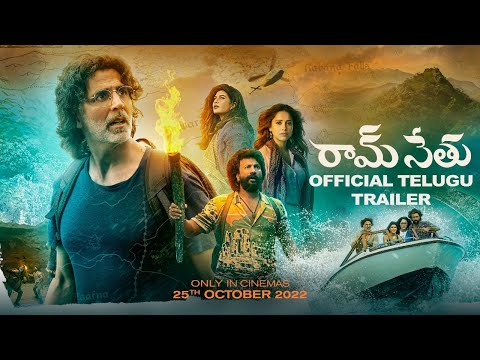