The director Karuna Kumar, who dazzled viewers with two movies like Sudheer Babu's Sridevi Soda Center and Palasa 1978, is now expanding his filmography to include a completely new genre. The fun-filled trailer for his upcoming film 'Kalapuram,' which has the slogan "Ee Oorlo Andharu Kalakaarule," was unveiled today.

The film, which is being made by Zee Studios and R4 Entertainments, stars Sathyam Rajesh, Chitram Sreenu, Rakshit Atluri, and other well-known actors. The film's producer was Rajani Talluri.

Melody Brahma Manisharma composed the soundtrack for the film. The film will be made available in theatres on August 26. 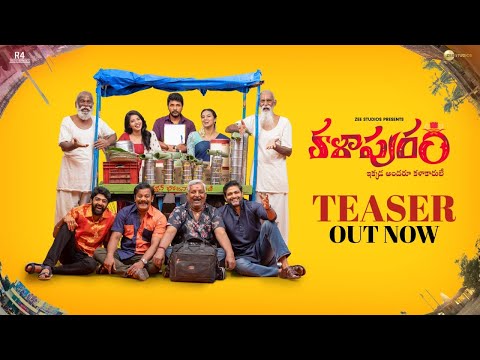