Tollywood senior editor Goutham Raju passed away at the age of 68 on Tuesday night and he was suffering from illness for the last couple of days. According to the reports, Goutham Raju underwent treatment at a private hospital in Hyderabad for liver and kidney-related issues and was discharged on Tuesday morning. Goutham Raju worked for more than 800 movies and received many awards for his works in Telugu, Tamil, Kannada and Hindi.

In the most recent incident in South Korea's lengthy history of pardoning businesspeople who have been found guilty of misconduct on business-related grounds, the heir and de facto leader of the Samsung Group was..

After being divided by Partition in 1947, Indian Sika Khan finally got to meet his Pakistani brother, and tears of pleasure streamed down his aged cheeks. When Britain divided the subcontinent at the end..

The international premiere of Mallidi Vasisht's latest historical entertainer, Bimbisara, starring Nandamuri hero Kalyan Ram, took place on August 5, 2022. Kalyan Ram is doing everything in his capacity to make the movie a..

PV Sindhu, an Indian shuttler, has recently crushed her way to winning her first gold medal at the 2022 Commonwealth Games. Sindhu lived up to all expectations to win a gold medal. In an..

Recently, famed comedian Ali's celebrity talk show Alitho Saradaga had Tollywood producer Ashwini Dutt as a guest. In a promo for the show, Ashwini Dutt shared some fascinating information regarding his films and the..

The late YS Vivekananda Reddy's daughter has petitioned the Supreme Court in relation to the CBI investigation. Sunitha alleged in her appeal that the central agency inquiry into her father's strange 2019 murder had..

Amaravati: An audio clip citing the conversation between YSRCP leader, Andhra Pradesh Education Minister Botsa Satyanarayana and a common man is going viral on social media and triggered a debate among the political parties...

Tollywood energetic anchor and actress Suma Kanakala celebrated Raksha Bandhan and tied rakhi to his brother. Now, the visuals went viral on social media after she shared them on her Instagram handle. Suma is.. 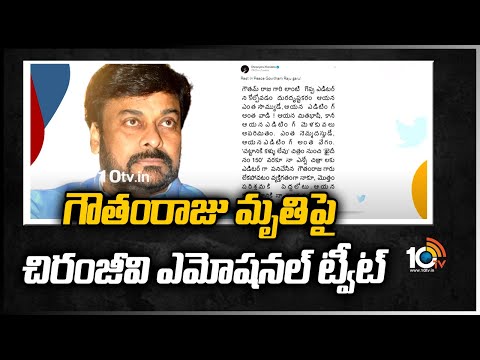