The eagerly anticipated Darlings teaser, Alia Bhatt's first maiden production film, is finally available. The teaser for this dark comedy features Alia Bhatt, Shefali Shah, and Vijay Varma on an exhilarating ride. Alia narrates a tale about a frog and a scorpion at the start of the teaser. The teaser then shows Alia and Vijay having a few special moments together.

On August 5, Darlings will be released. Veteran poet Gulzar wrote the lyrics for the movie, and filmmaker-composer Vishal Bhardwaj composed the music.
In addition to this movie, Alia has the Farhan Akhtar-directed Jee Le Zaraa, starring Priyanka Chopra and Katrina Kaif. Along with Gal Gadot in Heart of Stone, she will also make her Hollywood debut. She is currently filming the movie overseas. 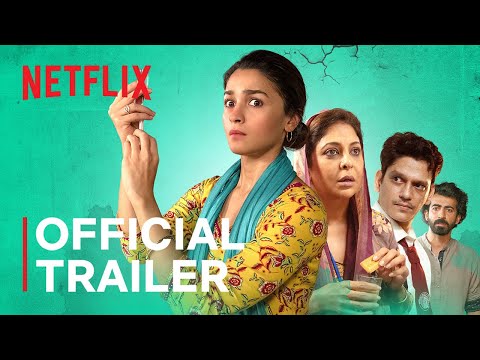