The brother of Bellamkonda Sreenivas, Ganesh, stars in the classy love story Swathimuthyam and is making his acting debut. Now accessible is the first lyrical song from the upcoming movie Swathi Muthyam. Varsha Bollamma, an actress, plays the title role in the movie. The 'Nee Chaaredu Kallu' song is quite intriguing in terms of Mahathi's music and Ganesh-on-screen Varsha's presence. Lakshman K. Krishna is the film's writer and director.

The story of the movie is all about embracing life, falling in love, and changing perspectives on marriage. The title of this Ganesh-starring film is said to have been lifted from Kamal Haasan's classic movie Swathi Muthyam.

The family film will reportedly be released in theatres on August 13 of this year. 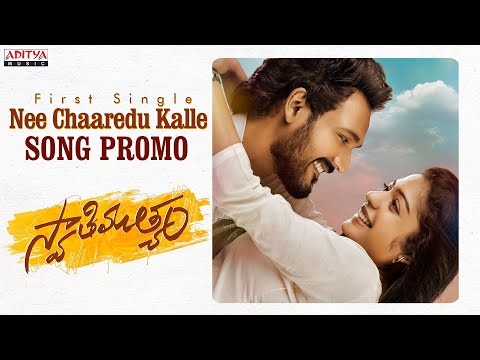