The BTS Woo Aa Aha Aha song production video has been released by the film's creators. With its bouncy rhythms and the ensemble cast flaunting their eccentric dances, the single makes for the ultimate party number. The whole song has Varun Tej, Venkatesh dancing alongside Tamannaah Bhatia and Mehreen Pirzada, with Sonal Chauhan, the film's third female star, also making an appearance. Shekar VJ choreographed the music video.

After visiting Atchutapuram in the Anakapalli district on Tuesday to launch some of the firms, Chief Minister Y.S. Jagan Mohan Reddy attended a wedding.The chief minister of Andhra Pradesh travelled to Marripalem in..

Gudapati Lakshminarayana, a lawyer for the Andhra Pradesh High Court, has complained to the CBI about the allegedly contentious video issue involving Hindupur MP Gorantla Madhav. To the Chennai Central Bureau Of Investigation (CBI)..

According to Nara Lokesh, the national general secretary of Telugudesam, a lot of industries withdrew from the state after the YSRCP took office. After opening an Arogya Sanjivani centre for the underprivileged in his..

On social media, a video of a Shiv Sena MLA from Eknath Shinde's camp lambasting a caterer's manager for supplying subpar food went viral. The manager is shown in the video being abused and..

In order to boost its combat capabilities in eastern Ladakh against the backdrop of the protracted border standoff with China, Defence Minister Rajnath Singh on Tuesday handed over to the Army a variety of..

On camera, a thief is seen running. But he runs out of his luck. After asking a scooty to stop so she could ask for assistance in pursuing the thief, a female police officer..

KCR, the chief minister of Telangana, emphasised that more development is still needed in every area of the state. He is optimistic that his vision of Telangana becoming Bangaru Telangana would come true. On..

Telangana News: Bomb scare at BJP Office; suspicion over car with briefcase inside

The Telangana Bharatiya Janata Party (BJP) office experienced a bomb scare on Tuesday after the Hyderabad Police received a call. A Tata Nano with a suitcase inside had been parked in front of the..

The plan for success for 2047 was unveiled by Prime Minister Narendra Modi at Red Fort in New Delhi during the celebrations for India's 76th Independence Day. In his speech to the nation on..

Actress Dipika Chikhlia, who rendered Sita timeless on screen with her outstanding performance in Ramanand Sagar's Ramayan, recently made a humiliating mistake on social media that led to some hateful trolls targeting her.Actress..

Sudigali Sudheer, a young actor who has impressed everyone with his comic timing, appears in Sreedhar Seepana's most recent film, "Wanted Pandu God." This entertaining performer offers a wide range of comedy to keep..

Industrialists like Adani, Ambani and others are looking towards AP for investments, says CM Jagan

The manufacturing of the ATC Tires Private Limited unit at the APSEZ in Achutapuram of the Anakapalli district began on Tuesday with the support of the chief minister, YS Jagan Mohan Reddy. He has..

Traditionally, Hindu followers in India honour the God/Goddess by breaking open a coconut and giving it to them. Alternately, the worshipers prepare delectable dishes as an offering to Gods and Goddesses. But at Kodumur..
..more
Advertisement
Telugu News 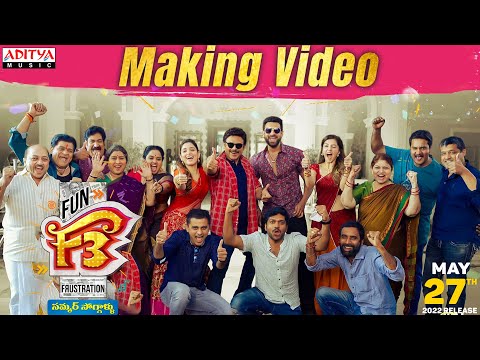