Why China's engagement with Taliban is threat rather than opportunity

New Delhi, Sep 11: Chinese officials have highlighted Americas diminished standing on the world stage over Washingtons embarrassing public exit from Afghanistan. But CNN reports that celebrations in Beijing may be premature. In fact, China now faces the threat of extremism from Talibans return to power with the USA no longer in Afghanistan to protect it from the new geopolitical dangers and security risks.

Also, Chinese power across Asia can now be countered by the United States by redirecting its material heft toward the Southeast Asian region, now that the American military withdrawal is complete. Andrew Small of the German Marshall Fund in Washington has stated in CNN's report that China's entire mind-set around Afghanistan is about limiting and containing threats and not an opportunity to expand their influence or reap economic rewards.

He also said that China has always been uncomfortable with the Taliban's ideological agenda and fears Taliban's success in Afghanistan will have an inspirational effect for militancy across the region, including the Pakistani Taliban. Hence, China views Taliban-controlled Afghanistan as a trap and will be wary about taking on too prominent a role there.

Even as the Taliban looks towards China for investment, officials in Beijing worry that extremists could use Afghanistan to sow violence around the region, according to a report by NPR.

Although the Taliban has promised that Afghan territory will not be used as a staging ground for attacks inside China, their relations with terrorist groups like ISIS-K and ETIM is widely known. The author of The War on the Uyghurs, Sean Roberts states in NPR's report that the bigger threat to China is outside jihadist groups who may have begun to sympathise with the Uyghurs and their plight and perceive China as an enemy of Islam.

The major cause for concern is the resurgence of ETIM, which China claims is encouraging Uyghurs inside China to engage in terrorist acts and establish an insurgency. From the far north-eastern Afghan province of Badakhshan to China's mainly Muslim region of Xinjiang, Afghanistan and China share a 74km (46 mile) border along the remote Wakhan Corridor that is a barely accessible, inhospitable and narrow strip of land.

China's Foreign Minister Wang Yi has requested Taliban to make a "clean break" with the ETIM, which has around 500 fighters around the Wakhan region, according to a report by South China Morning Post.

China and Taliban may also sign a deportation treaty which has happened before in Taliban ruled Afghanistan. 13 Uyghurs were handed over to China following a meeting between Chinese Ambassador to Pakistan Lu Shulin and Taliban leader Mullah Omar in Kandahar in 2000. Historically, Afghanistan was viewed as safer for Uyghurs than neighbouring Central Asian countries because it lacked a formal extradition treaty with China.

While Taliban has promised it will never allow any force to use the Afghan territory to engage in acts detrimental to China, the spate of recent attacks on Chinese personnel and projects in Pakistan is a flashing warning sign about the impact a Taliban regime in Afghanistan. The security threat was underlined when a suicide bombing in Pakistan killed nine Chinese workers which was carried out by "the Pakistani Taliban out of Afghanistan" according to Islamabad in July 2021. A report by Reuters states that this is one of the deadliest attacks on overseas Chinese nationals in recent years.

Under its wider Belt and Road initiative, Beijing is investing over $65 billion in infrastructure projects through China Pakistan Economic Corridor (CPEC) that became the target of Tehrik-e-Taliban Pakistan (TTP), which is linked to al-Qaeda and Islamic State.

At ground level, China — along with Russia — appears to be staying put while USA and its allies scramble to evacuate embassies from Afghanistan, reflecting Beijing's confidence in dealing with the Taliban.

But Afghanistan's instability has jeopardised China's aspirations to expand the massive infrastructure project, the Belt and Road Initiative since Afghanistan provides China with a potential path to Turkey and Iran which circumvents the Pacific Ocean, where the U.S. and its allies wield power.

While Officials in China deny any intention of sending troops into Afghanistan, China is also reported to have built military outposts in Tajikistan near its border, according to The Diplomat.

Attempting to pressure Taliban to make good on their promises is China's best bet, and only applies to preserve Beijing's interests. Its repeated emphasis on non-interference highlights that the rights of the Afghan people, including women, under Taliban rule are ultimately of no concern.

So far, the irony of their partnership has not been acknowledged by either side: an extremist Islamist group next door embracing a powerful country using repressive tactics to fight extremism at home. 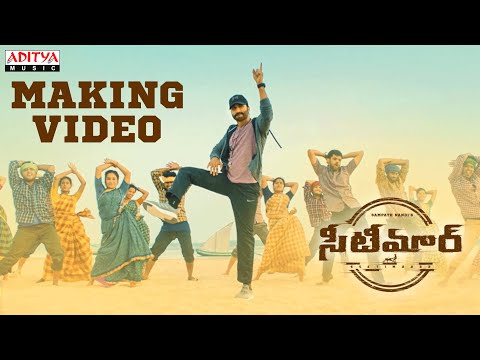