Hyderabad: As per the directions of the Chief Minister K. Chandrashekar Rao, CH. Mallareddy, Minister for Labour & Employment and Somesh Kumar, IAS, Chief Secretary held a meeting with officials of Labour department on the welfare of migrant workers working in the state at BRKR Bhavan today.

The department officials were directed to prepare an action plan for collecting data from all Industries, such as Pharmaceutical, Textiles, Rice mils, Construction etc to envisage a policy in the state for extending the benefits like providing ration cards, health care, education, skill development training programs to the migrant workers. Chief Secretary directed the officials to coordinate with concerned departments duly appointing a nodal officer and to take up special drive to collect data within 10 days.

Somesh Kumar,IAS., Chief Secretary to Govt. holds a meeting with Bankers on vaccination:

As per the directions of the Chief Minister K Chandrashekar Rao, Chief Secretary Somesh Kumar IAS held a meeting  with the representatives of various banks at BRKR Bhavan today on vaccination of bank employees. He directed the officials to coordinate with bankers to ensure that all bank employees, including outsourcing employees are vaccinated by next week by conducting special vaccination drive.

Chief Secretary informed the bankers that the government has formulated a multi pronged strategy to vaccinate all persons by the end of October as per the directions of the Chief Minister.  Priority has been given to vaccinate all high exposure group members in the first phase.  The government is also pursuing with the Government of India to procure vaccines to the state. 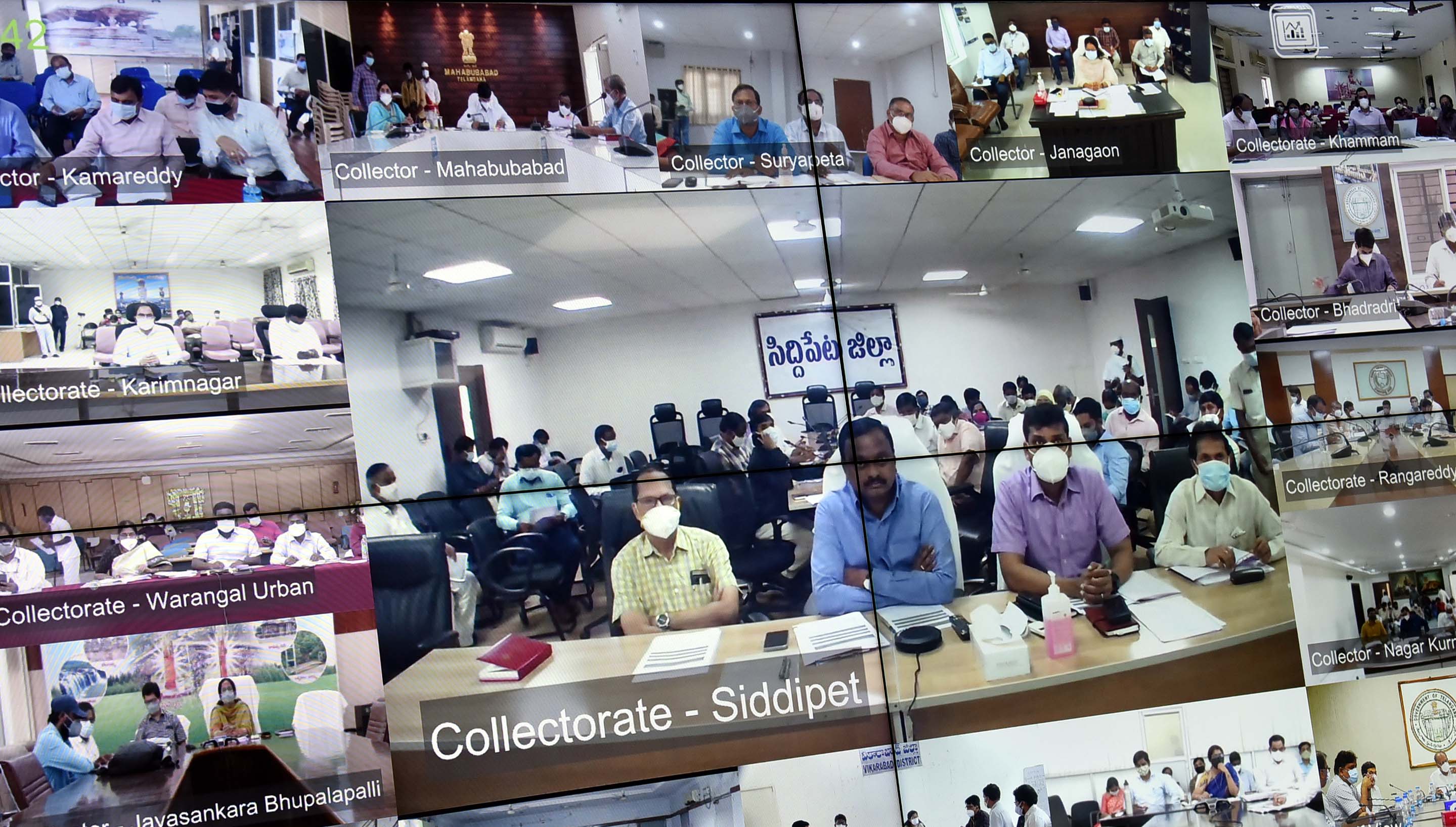 Chief Secretary directed the Collectors to initiate process  for handing over of lands to TSIIC for taking up special food processing zones. He also directed them to start process for handing over identified lands for the construction of new medical colleges in 7 districts recently sanctioned by the government.

Chief Secretary reviewed the progress of disposal of pending mutations, applications filed under grievances on land matters, prohibited properties in Dharani and instructed to complete all pendenciess by 9th of this month so as to enable the farmers  to get benefit under Rythu Bandhu. Similarly hearings to be conducted in cases pending in special tribunals.