The Third Assembly of the International Solar Alliance has been attended by 34 ISA Members ministers. 53 Member countries and 5 Signatory and Prospective Member countries participated in the Assembly.

India and France were re-elected as the President and Co-President of the International Solar Alliance (ISA) for a term of two years at the virtual meeting of the Third Assembly held on 14 October.

Four new Vice-Presidents were also chosen to represent the four regions of ISA. The representatives of Fiji & Nauru for Asia Pacific Region; Mauritius & Niger for Africa Region; UK & Netherlands for Europe and others Region, and Cuba and Guyana for Latin America and Caribbean Region assumed the vice presidency.

The Assembly also approved the initiatives of the ISA Secretariat in institutionalizing ISA’s engagement with the private and public corporate sector through the Coalition for Sustainable Climate Action (CSCA). Ten public sector organisations in India presented a cheque for 1 million USD each at the assembly.

Speaking in the plenary, the President of the ISA Assembly, India’s Power and New and Renewable Energy Minister, Mr R.K. Singh, appreciated the Alliance Members coming together to work for combating climate change. He welcomed the seventh initiative on heating and cooling to be introduced for discussion in the Third Assembly. Shri Singh said that Solar Energy has come a long way in last 5 years and is now the fastest-growing energy source globally. He said, “Solar energy is already contributing around 2.8% of global electricity, and if trends were to continue, by 2030, solar will become a most important source of energy for electricity production in large part of the world.”

President ISA also mentioned about various activities and programmes initiated by ISA since the 2nd Assembly. He said that six programmes and two projects are now underway covering various aspects of solar energy. A robust pipeline of more than US$ 5 Billion has been developed for solar energy applications to meet the lighting, irrigation, drinking water and productive energy requirement of the ISA member countries, which have so far been largely deprived of modern energy services. ISA has aggregated demand for more than 270,000 solar pumps across 22 countries, more than 1 GW of Solar Rooftop across 11 countries, and more than 10GW of Solar Mini-grids across 9 countries under its respective programmes.  Recently ISA has initiated programmes for segregation of demand for 47 million Home Power Systems which will not only meet subsistence energy needs of the rural households but will also contribute to improving health services and availability of portable water.

The Co-President of the Assembly Ms Barbara Pompili, France’s Minister for Ecological Transition underlined that ISA played an essential role to help redirect funding towards renewable energies, particularly in developing countries, and take up the challenge of energy at the service of all. She reiterated France’s involvement: pointing out that of the 1.5 billion euros of financing France committed for solar projects in ISA member states up until 2022, 1.15 billion € has been committed to concrete projects.

France has also supported the collaboration with the World Bank to mobilise financing: a facility “Sustainable Renewables Risk Mitigation Initiative” (SRMI) should help mobilize 18 billion € in private investment to finance more than 10 gigawatts of solar projects, and a first project is being launched in Mozambique with the support of France and the European Union. She further announced that, in the frame of the ISA Star-C programme, the French National Institute for Solar Energy (INES) will very soon launch a specific program for the small island states of the Pacific.

The President of COP26, Mr Alok Sharma, recalled the commitment of the United Kingdom to fight climate change. The UK planned to phase out coal within the next five years and to bring all greenhouse gas emissions to net-zero by 2050. COP26 President discussed 5 key priorities: adaptation and resilience, nature, energy transition, accelerating the move to zero-carbon road transport, and finance. He invited all the Members to participate in the global climate summit on 12 December to mark the fifth anniversary of Paris Agreement. Mr Alok Sharma stressed the UK’s three commitments to the ISA: providing a platform for the Alliance during the COP26; supporting a feasibility study on the implementation of a World Solar Bank; and assisting the ISA Secretariat on the implementation of the One Sun One World One Grid initiative by providing human and financial resources.

For the first time since the inception of the framework agreement of ISA, Solar awards were conferred on countries of the region as well as institutions working for solar. The assembly witnessed the conferment of the Visvesvaraya award which recognizes the countries with a maximum floating solar capacity in each of the four regions of ISA. The awards went to Japan for the Asia Pacific region and the Netherlands for Europe and Others region.

The Haryana Chief Minister, Shri M. L.  Khattar announced the Kalpana Chawla awards named after the American astronaut of Indian origin, to Dr.Bhim Singh from IIT Delhi (India) and Dr.AaeshaAlnuaimi from Dubai Electricity and Water Authority (the United Arab Emirates. The awards recognise the outstanding contribution of scientists and engineers working in the field of solar energy.

Mr. Mahendra Jain, Additional Chief Secretary to the Government of Karnataka, announced the awards named after Bharat Ratna M. Visvesvaraya to the representatives of the countries of Japan for the Asia and the Pacific region and the Kingdom of the Netherlands for Europe and other regions. The award carries an amount of 12,330 USD as prize money, a scroll and a certificate.

The Diwakar award instituted by ISA out of the contribution made by  India’s Minister for Railways and Commerce & Industry, Shri PiyushGoyal of 25,000 USD received by him from the University of Pennsylvania, has been awarded to Arpan Institute (Haryana) and Arushi Society. The award recognizes organisations & institutions that have been working for the benefit of differently-abled people and have maximised the use of solar energy in the host country.

The ISA assembly was presented the report prepared by the World Resources Institute (WRI). The report identifies the sources of funds, opportunities and constraints, in scaling up solar investments and the contribution of ISA in assisting Member countries. The assembly welcomed the move of the ISA to work with WRI to develop a roadmap for mobilization of USD 1 Trillion by 2030. The Kingdom of the Netherlands, Bloomberg Philanthropies, Bloomberg New Energy Finance andClimate Works Foundation providing the required financial and technical assistance for preparation of the Roadmap. The roadmap will also analyse the potential for mobilising further investments in solar energy going beyond solar power projects to solar energy applications in transportation and cooling and heating and for implementing the vision of One Sun, One World, One Grid.

In the wake of the global pandemic, ISA responded by setting up ISA CARES, an initiative dedicated to deployment of solar energy in healthcare sector in LDC/SIDS ISA Member countries. The initiative aims to solarize one primary health sector in each district of the target Member countries. Australia has provided AUD 92,000 for the ISA CARES initiative in the Pacific to provide ongoing reliable solar energy for health centres in the Pacific, helping remote island communities reduce reliance on costly and uncertain diesel fuel imports.

Recognizing that there is a growing demand globally for cooling and heating utilities, the ISA Secretariat has launched launching a Seventh Programme on Solarizing Heating and Cooling systems, which significantly draws it energy from traditional power sources. Demand for cooling alone outpaced solar deployment in 2017. Heating and cooling systems have scope to directly convert solar radiation and at higher efficiency levels.

Other initiatives presented to the Assembly were the demand aggregation initiative for 47 Million Solar Home Systems and 250 Million LED Lamps in ISA Member Countries launched in August 2020.

IBSA Facility Technical Assistance of USD 2 Million for deployment of Solar Water Pumping Systems demonstration projects in ISA Member countries, in partnership with UNDP, under the Solar Pump Programme of the ISA.

The membership of the ISA has continued to grow since the Second Assembly in 2019. The ISA is now proudly supported by 68 member countries, and a further 20 countries are in the process of becoming members.

The ISA has recently signed a tripartite agreement with the World Bank and the Government of India and is now actively involved in preparing a vision and implementation plan for One Sun One World One Grid Initiative to harness the power of inter-connected grids for enabling energy transition to a low-carbon world.

In 2020, the ISA Secretariat has focussed on operationalising the ISA Solar Technology and Application Resource Centre (ISA STAR C) network, working with the United Nations Industrial Development Organization (UNIDO) to do so. Since the Second Assembly, ISA has commenced operationalisation of the STAR C project, including working closely with UNIDO to develop the operational framework and project document underpinning this project; Convening a consultation workshop on the development of the ISA STAR-C project in Paris from 25 to 27 February 2020, generously hosted by the Government of France; Developing the program for and launching the STAR C Webinars (the Solinars) to support the capacity development of ISA Members during COVID-19 – reaching approximately 450 people to date – with more sessions planned.

The ISA is an initiative that was launched by the Prime Minister of India and the President of France on 30 November 2015 at Paris, France on the side-lines of the COP-21. The overarching objective of the ISA is to collectively address key common challenges to the scaling up of solar energy in ISA member countries. It also aims to undertake joint efforts required to reduce the cost of finance and the cost of technology, mobilize investments needed for massive deployment of solar energy, and pave the way for future technologies adapted to the needs. ISA has been positioned to help create the conditions that would make funding, developing and deploying solar applications on a large scale a reality. ISA is perceived as a key organisation working towards achieving the 2030 Sustainable Development Goals and objectives of the Paris Agreement on Climate Change. The First Assembly of the ISA was held from 2 to 5 October 2018 in Greater Noida, India and was inaugurated by Mr. Narendra Modi, Prime Minister of India and Mr. AntónioGuterres, UN Secretary General. The Second Assembly of the ISA was convened from 30 October to 1 November 2019 at New Delhi, India. 78 countries participated in this Assembly. The Third Assembly of the ISA will be convened o 14 to 16 October 2020 in virtual mode.
More Press Releases

Dr. Reddy’s announces the re-launch of over-the-counter Famotidine Tablets USP, 10 mg and 20 mg, store-brand equivalent of Pepcid AC® in the US Market
15 minutes ago 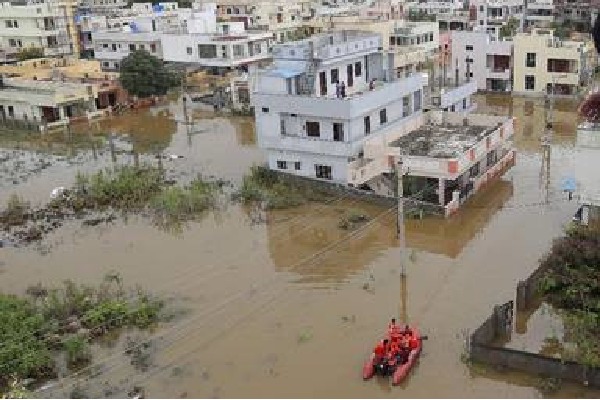 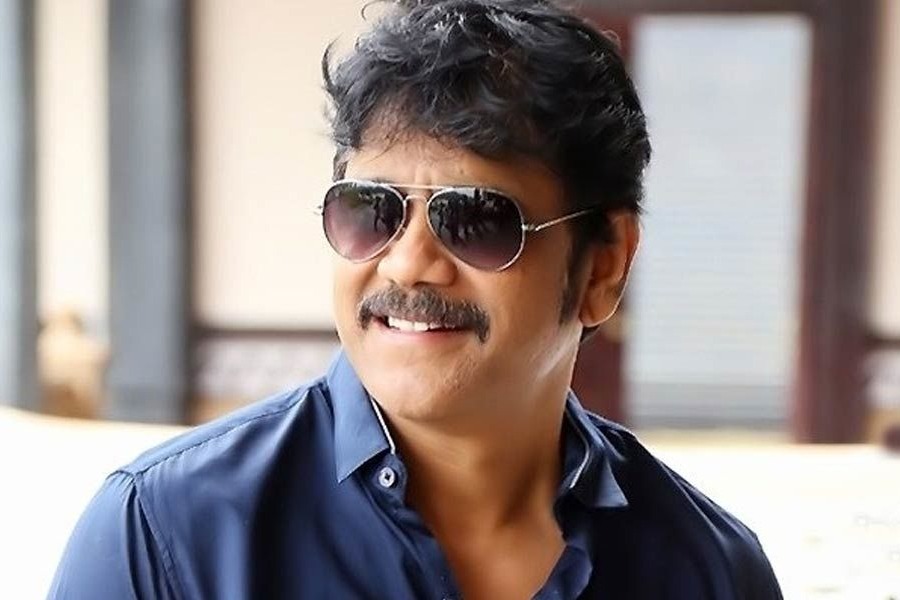 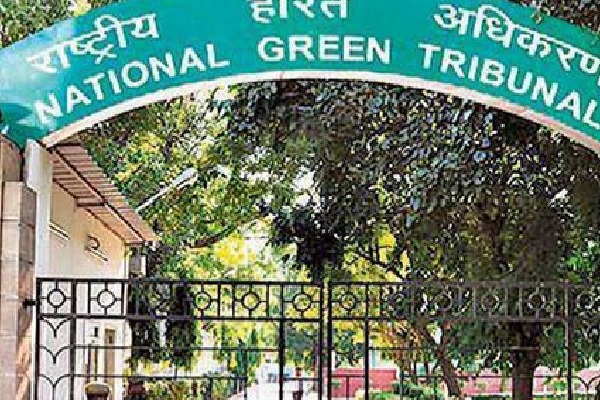 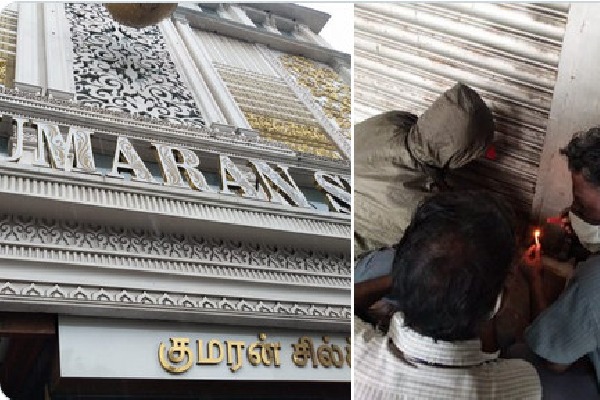 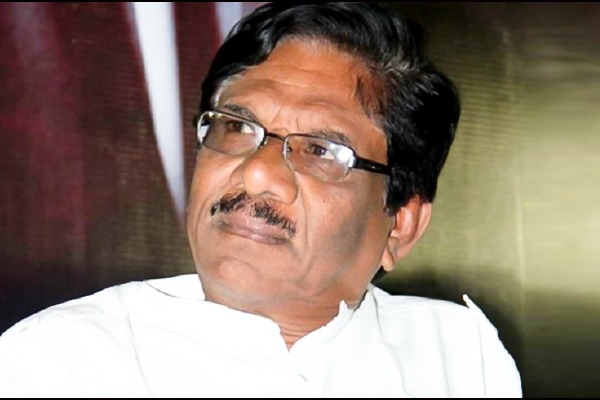 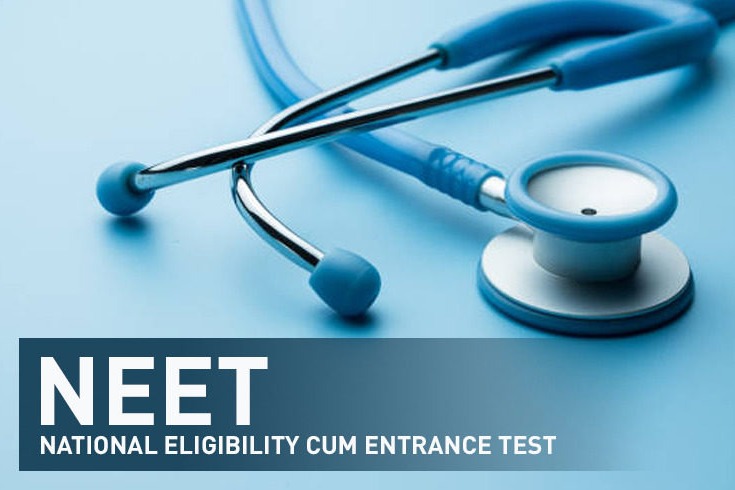 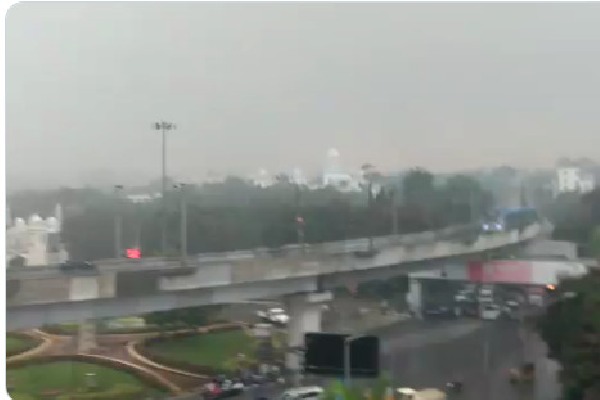 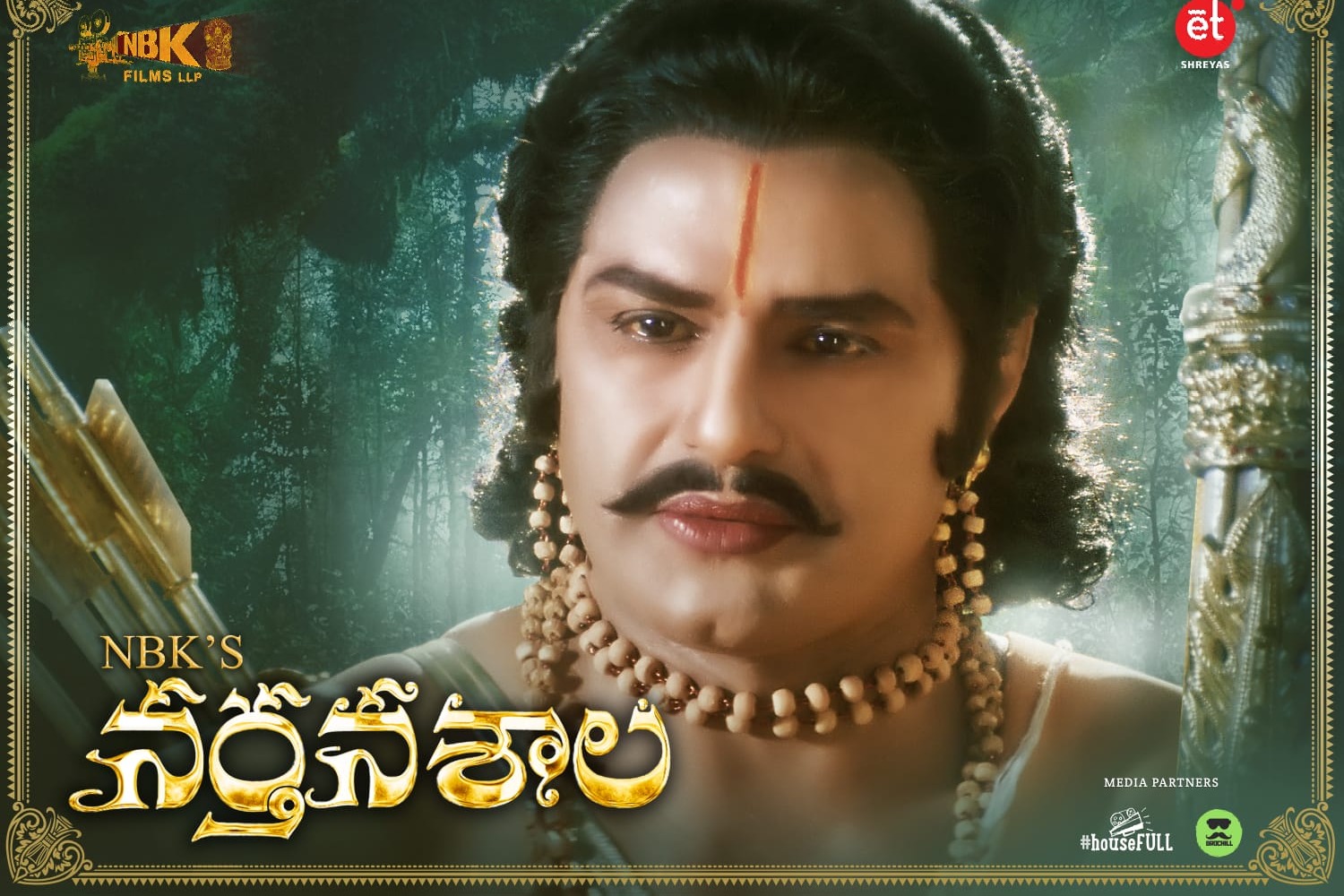 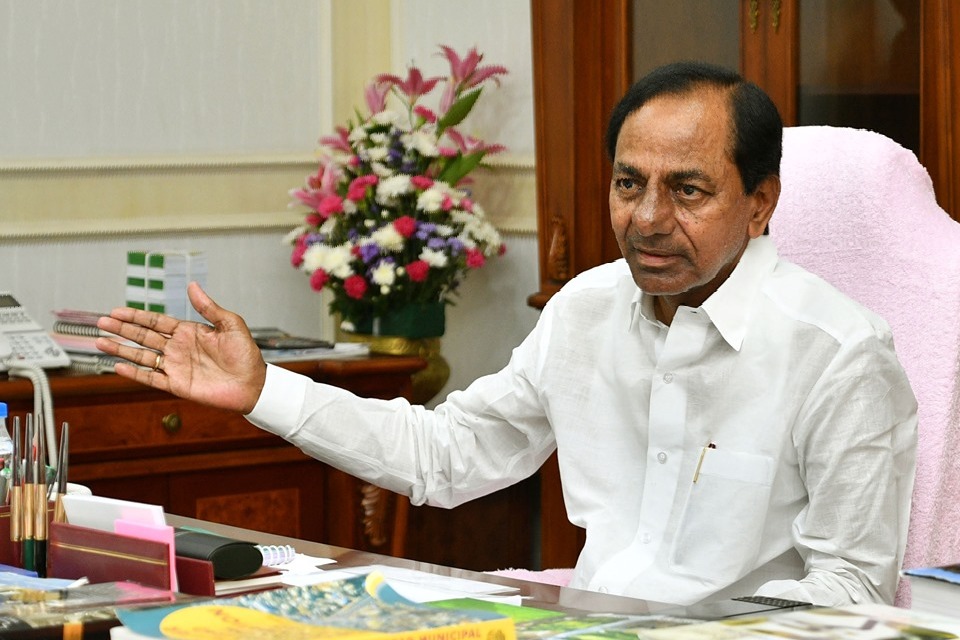 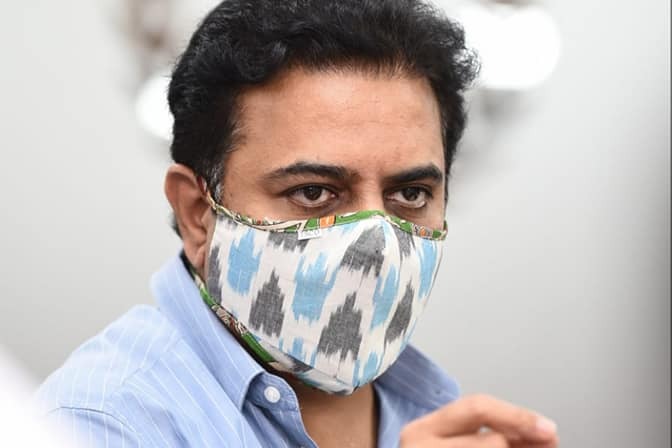 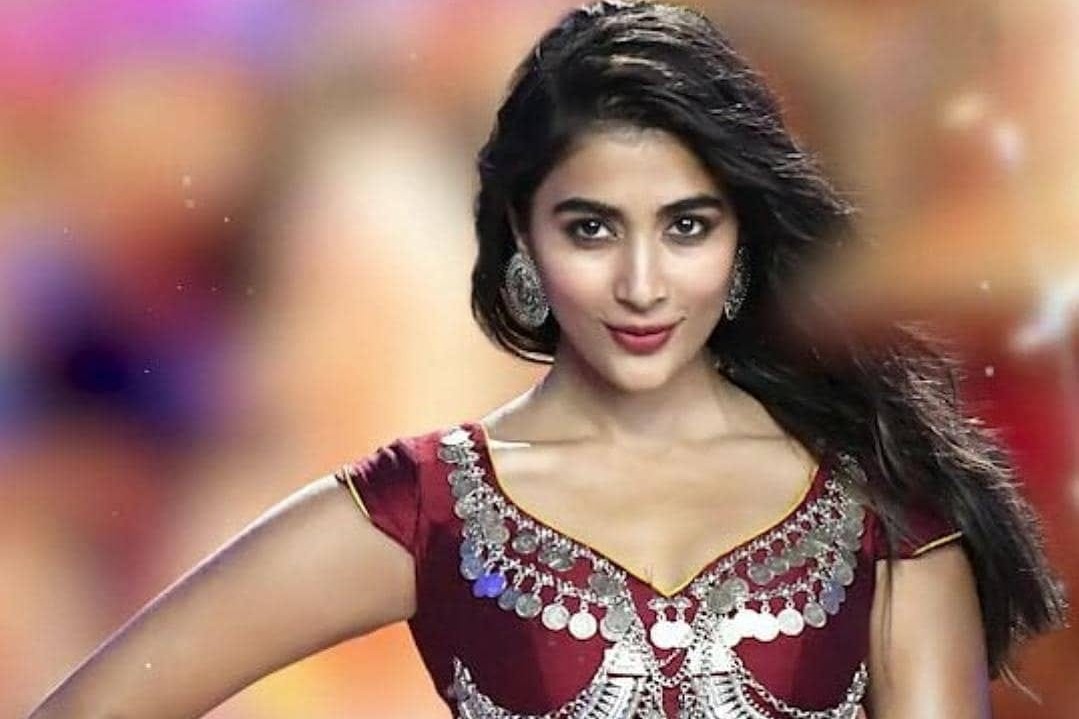 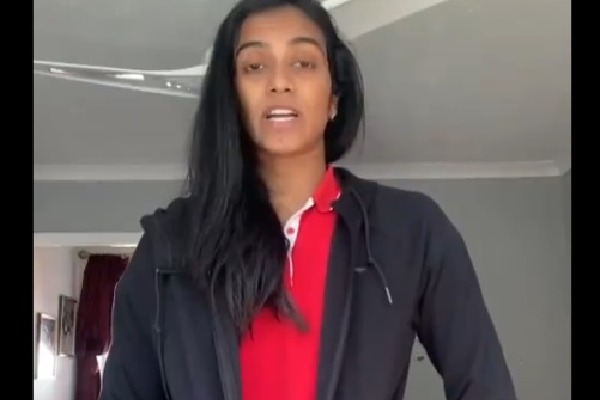 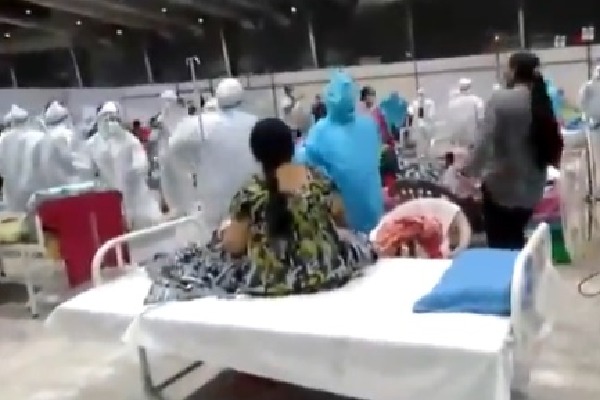