In Tiger faced plane, 8 wild Cheetahs from Namibia are coming to India for this reason

Eight cheetahs from Namibia will fly overnight to Jaipur where they will be reintroduced to the area after the wild cats were on the verge of extinction in the 1950s. The five female and three male cheetahs who combined will make up the founder population of the elusive wild cat at Madhya Pradesh's Kuno National Park will be transported in a passenger B747 Jumbo Set that has been specially modified for the purpose.

On September 17, the aeroplane is anticipated to land in Jaipur, from which point the animals would be flown to MP in helicopters over the course of an hour.

On September 17, the prime minister's birthday, three of these cheetahs will be released into the park's quarantine enclosures as part of the cheetah restoration initiative, seven decades after the animal went extinct in India.

Assam: A video of two wild elephants fighting each other in fields is going viral on social media. The incident took place in Nagaon district, Assam. The locals recorded the elephants' fight and shared.. 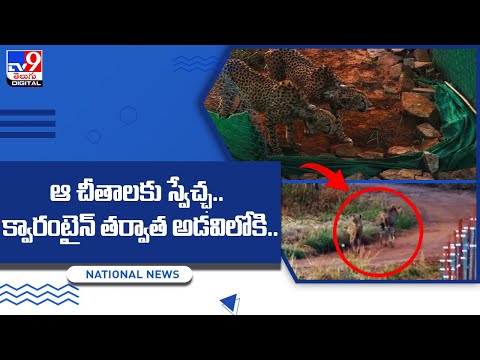