Zara Rutherford, 19, returned to Kortrijk-Wevelgem Airport in Belgium after flying 51,000 kilometres (32,000 miles) over 41 countries since her August 18 departure in the world's fastest microlight aircraft. Zara had wanted to be a pilot since she was a youngster, and her parents, who were also pilots, supported her. Zara Rutherford also became the first Belgian to fly solo around the world in a single-engine plane, getting through the long days by listening to a 40-hour playlist of tunes. She has achieved the Guinness World Record with her feat.

Rutherford surpassed Afghan-born American Shaesta Wais, who, at the age of 30, became the youngest woman to fly solo around the world in 2017. She plans to study engineering at a US or British institution after earning her pilot's licence in 2020 after practising with her father since she was 14 years old.

Srikalahasti: Devotees at Srikalahasti are facing severe troubles after temple authorities cited a shortage of silver Rahu and Ketu idols and the poojas were halted. According to the reports, devotees are claiming that the..

YS Sharmila gets emotional during her padayatra 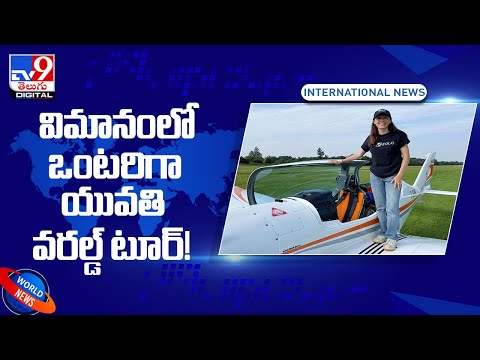