Ratan Tata, Tata Sons' emeritus chairman, turned 84 on Tuesday. Wishes for the industrialist, who is respected for his simplicity, flooded in.

On Wednesday, a video of Tata blowing out candles on a cupcake surfaced on LinkedIn. Vaibhav Bhoir, a business development manager at Tata Motors Finance, shared the video.

The entrepreneur was seen in the video with Shatanu Naidu, who serves as the deputy general manager at his office. Naidu sung a birthday song to his employer, patted him on the back, and served him cake.

Ratan Tata, the nation's pride and an inspiration to all, has once again demonstrated his simplicity. 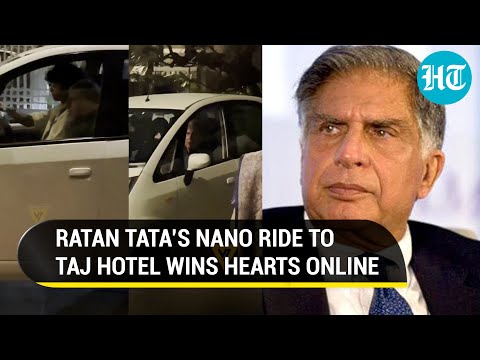