. Raja Ravindra, a Sub-Inspector of Hyderabad's Gachibowli Police Station, won a cheque for Rs 1 Crore, the biggest prize in the game show, from actor and host Jr NTR in the 'Meelo Evaru Koteeswarulu' reality programme in style.
In an exclusive interview with TV9, the winning cop stated that he plans to use the prize money to compete in air rifle competitions. He wants to put the money toward his training so that he can compete. He also stated that he donates to charity that assist youngsters. He has detailed how his family, friends, and coworkers showed their pleasure after winning the game show's prize. Ravindra stated that his ambition is to compete in the Olympics as a shooter for India.

Sindhuja, his wife, also spoke to TV9 reporter and expressed her joy. She had wished for her husband's success at the Olympic games. 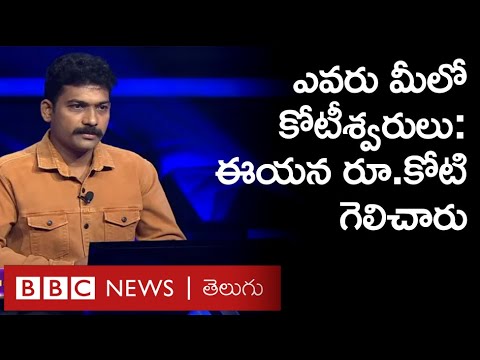