On Tuesday, there was an unexpected surprise for both the film industry and outsiders who have been carefully following the drama surrounding the MAA elections 2021. Prakash Raj has denied allegations that he lacks clarity on data pertaining to MAA members. Prakash Raj said that he has been doing good home work for the past six months before running for President. He has ruled out the possibility that the MAA has approximately 900 members. He has disclosed the number of active members, the number of non-local members, and the number of stars such as Ram Charan, Naga Chaitanya, and others who do not exhibit interest in or participate in the MAA election.

Prakash Raj has revealed his strategy if he is elected President after the election. He has expressed his worries to approximately 40 MAA drama artists and disclosed what he spoke with cinematography minister Talasani Yadav about the problems of these drama artists who do not understand politics.

Prakash Raj exudes confidence when he says, 'We are going to establish a 100 doctors club for MAA members.'

The Mumbai-born popular singer Dhvani Bhanushali has released another single ‘Mehendi’. She sung along with music composer Vishal Dadlani. Music for the song is composed by Lijo George and DJ Chetas, and lyrics are..
..more
Advertisement
Telugu News 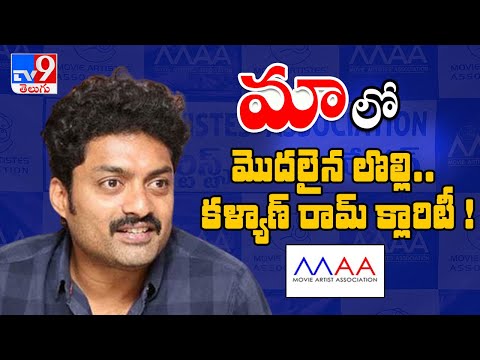 Kalyan Ram reacts to rumours of him contesting in MAA elections
2 months ago
Advertisement 36
..more