Watch and enjoy the latest promo of the program 'Oorilo Vinayakudu'. The event is specially aimed on the occasion of Vinayaka Chavithi. Sudigali Sudheer, Rashmi Gautham, Aadi, Bullet Bhaskar and others featured in this program. Actress Poorna has also played a role in this program. The event promo starts with a humorous comedy done by Poorna, Sudigali Sudheer, Anchor Rashmi, and Hyper Aadi, who later joins in with a comical punch. The primary guests of the show are Roja, Indraja, and senior hero Srikanth. Because the event is connected with the celebration of Vinayaka Chavithi, the contestants may be seen going out to collect money for the festival.

The separation of Tollywood actors Samantha and Naga Chaitanya left their fans in grief and still many of them are praying for their reunion. Now, the news is that Samantha and Chay are again..

The Hyderabad Police have finally nabbed an accused who was involved in a number of theft activities around the city. Umesh, the perpetrator from Rajasthan, was apprehended in Ahemadabad. Umesh was also found to..
..more
Advertisement
Telugu News 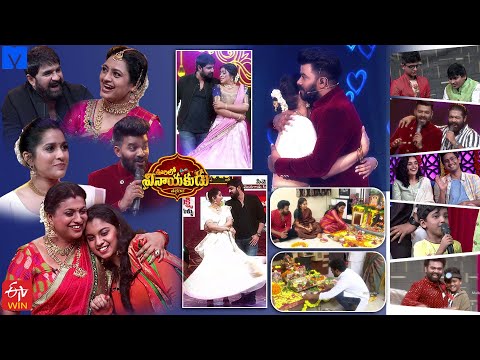