Watch and enjoy ‘Ala Ila’ lyrical video song from the film Stand Up Rahul. The song is crooned by Satya Yamini and Sweekar Agasthi, and the lyrics are penned by Anantha Sriram. Music for the flick is composed by Sweekar Agasthi. Raj Tarun and Varsha Bollamma are the main cast of the film.

Vennela Kishore, Devi Prasad, Murali Sharma, Indraja, Madhurima Narla, Rajkumar Kasireddy, and Tejo Bhattaru are the other cast of the flick. Directed by Santo, it is produced by Nandkumar Abbineni and Bharath Maguluri under the banners of Dream Town Productions and Highfive Pictures. 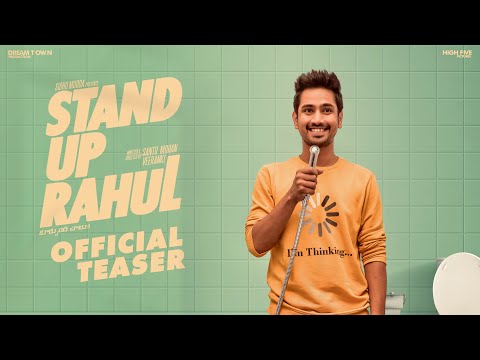