As announced, the lyrical song ‘Raja Raju Vacche’ from upcoming comedy drama film Raja Raja Chora is out. This song is crooned by Mohana Bhogaraju for the music provided by Vivek Sagar.

Lyrics for the song are written by Hasith Goli. Sree Vishnu and Mega Akash are playing lead roles in the film written and directed by Hasith Goli and produced by TG Vishwa Prasad, Abhishek Agarwal, Kirthi Chowdary and Vivek Kuchibhotla under the banners of Abhishek Agarwal Arts and People Media Factory. Sunainaa, Ravi Babu, Tanikella Bharani, Suhaas, Bigg Boss Gangavva, and others have played supporting characters. 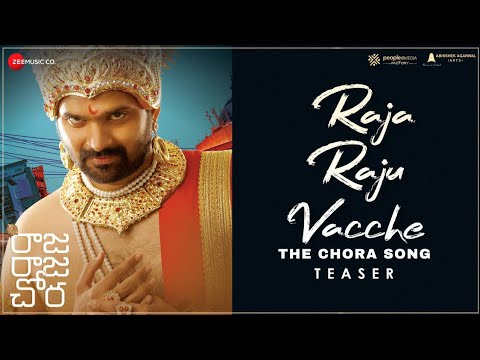