The Telugu super hit film 'Chatrapathi,’ directed by SS Rajamouli is being remade in Hindi with Bellamkonda Sai Sreenivas as the lead. It was officially unveiled today in Hyderabad. Rajamouli clapped and blessed the hero.

VV Vinayak has been directing the remake which also stars Sahil Vaid, Amit Nair, Swapnil, Rajendra Gupta, Shivam Patil, Ashish Singh, Auroshika Dey, Vedika, Mohammad Monajir, and Jason. Nizar Ali Shafi is the cinematographer. According to the reports, the film will be produced on a massive scale by Dhaval Jayantilal Gada and Aksshay Jayantilal Gada.

The CBI team, which has been probing the murder mystery of late YS Vivekanand Reddy in the Kadapa area for approximately 45 days, has interrogated more than 1600 individuals connected with this investigation. The..

Watch and enjoy the first episode of the web-series Mr. Sarangapani. It is a Telugu romantic and comedy web series starring Ravi Siva Teja. The characters of Pani and Ooha have been highlighted in..

The case of businessman Raj Kundra has taken many twists as the investigations have deepened. The Mumbai crime branch police have focused on his wife Shilpa Shetty's bank accounts and the probable transaction after..

For the first time, Saudi women stand guard in Mecca during haj

In Saudi Arabia, the annual pilgrimage has been limited this year due to the coronavirus, with only locals going after the government barred millions of other pilgrims from outside. Crown Prince Mohammed bin Salman..

After a year-long delay due to Covid, the Tokyo Olympics 2020 have finally begun on Friday night. The ceremony, which was the most low-key in the games' history saw empty stadium, and it began..

Behind The Navarasas- Making of the Teaser- Suriya, Vijay Sethupathi- Mani Ratnam

Watch the making video of the teaser Navarasas. It is an upcoming Tamil anthology featuring actors Suriya, Vijay Sethupathi, Parvathy Thiruvothu, Siddharth and Yogi Babu among others. Navarasa will be available on Netflix as..

Allu Arjun has once again proved that he is a family man. Bunny just had a lengthy trip around the city with his family. His better half, Allu Sneha Reddy, uploaded a video of..

South talented actress Samantha Akkineni has launched ‘Kalisaayi Kallu Kallu’, the third song from the film Andharu Bagundali Andhulo Nenundali with a tagline 'All is well'. She has wished success to actor Ali and..
..more
Advertisement
Telugu News 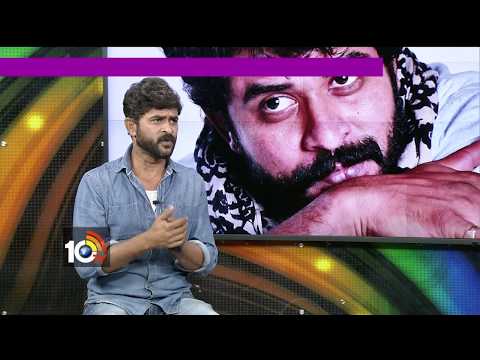