Watch and enjoy the full video song ‘Param Sundari’ sung by Shreya Ghoshal for the upcoming comedy drama film written and directed by Laxman Utekar. AR Rahman has scored the music for the song and lyrics are penned by Amitabh Bhattacharya.

Dance moves for the track composed by Ganesh Acharya. Kriti Sanon and Pankaj Tripathi are playing lead roles in the flick produced by Dinesh Vijan under the banner of Maddock Films. Evelyn Edwards, Sai Tamhankar, Aidan Whytock, Supriya Pathak, Manoj Pahwa, and others played supporting roles. It will be premiering on Netflix from July 30. 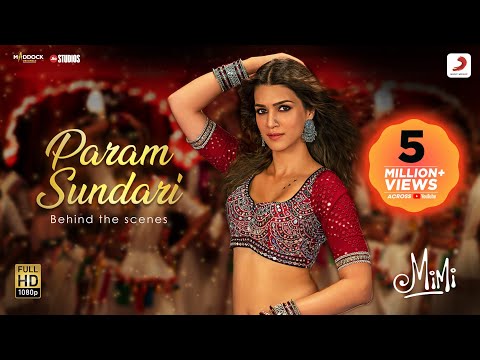