The lyrical video song ‘First Look’ from upcoming action-drama film Sadha Nannu Nadipe is out. Pratheek Prem and Vaishnavi Patwardhan are playing lead roles in the film written and directed by Lanka Pratheek Prem Karan and produced by Lanka Karunakar Dass under the banner of Rahul Prem Movie Makers.

This song was sung by Hemachandra and lyrics are penned by Avinash Chandra. Prabhu Praveen has composed the music for the song. The flick also stars Konidela Nagababu, Ali, Rajeev Kanakala, Surya, Nassar, Mahesh Achanta, Jeeva, Naveen Neni, and others in supporting roles. 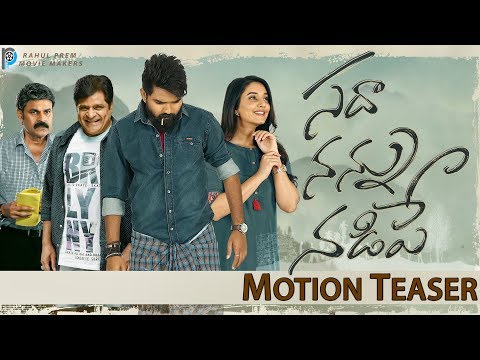