South popular actress Trisha has cast her voting franchise in the Tamil Nadu Assembly elections. Media people tried to talk to the actress by taking her videos and pics. However, the actress has not stopped, and she boarded into her car after casting her vote.
Earlier, several Kollywood personalities like Rajinikanth, Suriya, Karthi, Ajith, Thalapathy Vijay, Udhayanidhi and politician like DMK chief Stalin and others stepped out of their houses and exercised their franchise as the voting started for 234 Assembly seats in Tamil Nadu on Tuesday. The polling will continue till 7 pm.

As the term of present Movie Artists' Association (MAA) president Naresh is coming to an end, speculation is going on as to who will be contesting for the MAA president post. In 2019 MAA..
..more
Advertisement
Telugu News 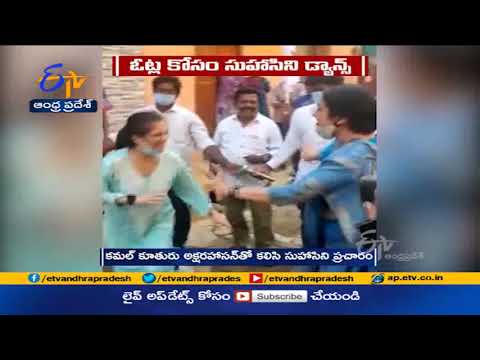