Watch and enjoy the teaser of 11th Hour starring Tamannaah in the lead role. It is directed by Praveen Sattaru and produced by Pradeep Uppalapati under the banner of Introupe Films. Tamannaah is playing the role of a businesswoman as Aratrika Reddy.
The movie also stars Arun Adith, Vamsi Krishna, Roshni Prakash, Shatru, Madhusudhan Rao, Jayaprakash, Pavithra Lokesh, Anirudh Balaji, Vinay Nallakadi, Srikanth Iyengar and Priya Banerjee in supporting roles. Bharatt and Saurabh have composed the music for the flick to be available on aha, an OTT platform, from April 9th onwards. 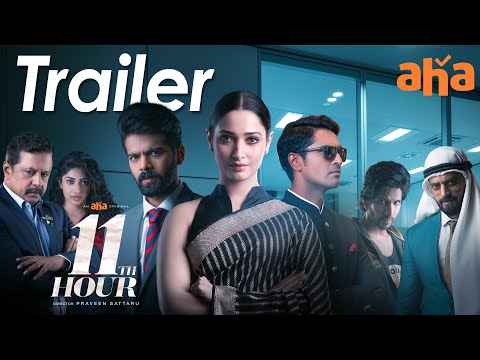