Senior Tollywood actor Dr. Mohan Babu has played a key role in Soorarai Pottru. Working with Mohan Babu was a learning experience for me, said Suriya, who played a lead role in the film. He recalled approaching actor’s daughter Lakshmi Manchu for casting Mohan Babu in Soorarai Pottru.
Suriya thanked Mohan Babu for accepting to do a role in the movie. Aparna Balamurali was cast opposite Suriya in the flick. The film also stars Paresh Rawal, Urvashi, Karunas, Vivek Prasanna, Krishna Kumar, and Kaali Venkat in supporting roles. It was released on OTT by Amazon Prime. 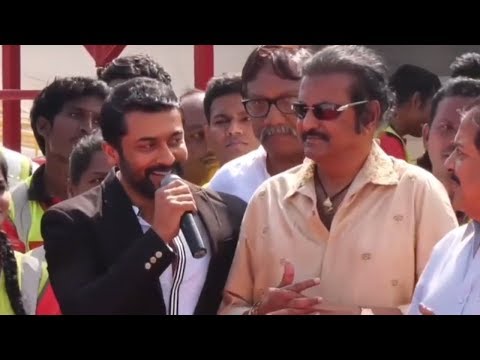