The year 2020 witnessed many engagements and marriages amid the lockdown period. Nenu Shailaja serial fame actors Eknadh and Harika, who proved their acting skills with their chemistry, got engaged on October 18th. Though Harika came out of the serial, she keeps on sharing the various pics of her with Eknadh.

On October 18th, the engagement event was performed in the presence of a few friends and family members. Some of the pics and videos of the couple have been shared on various social media platforms. These have gone viral and are trending.

MAHABUBABAD: The kidnap case of Deekshit, Mahabubabad ended on a happy note after police chased the mystery. According to the sources, Deekshit Reddy who was abducted by some unidentified miscreants on four days ago..

The latest luxury budget task in Telugu Bigg Boss house entertained all and sundry with the performance of housemates. It is known that Bigg Boss gave humans Vs demons task on the occasion of..

Telangana CM KCR has visited the Apollo hospital at Jubilee Hills in Hyderabad to enquire about the health of the former Home Minister Nayani Narasimha Reddy. CM KCR has consulted with the doctors and..
..more
Advertisement 1
Telugu News 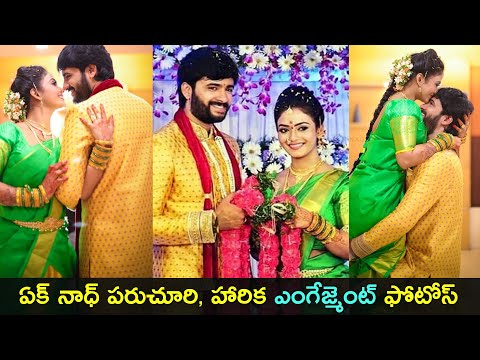