Sat, Aug 15, 2020, 11:10 AM
Mahanati fame Keerthy Suresh treated her fans with her upcoming movie Good Luck Sakhi movie teaser on the occasion of Independence Day. Keerthy Suresh grabbed the attention of movie lovers with her natural acting skills and expressions. First, the teaser is shared by Prabhas through his social media and congratulated the team. He wrote as "My congratulations and best wishes to the entire team of #GoodLuckSakhi." From the teaser, Keerthi Sures has seen getting ready for marriage but the groom met with an accident while coming to the village.

From the background, we can hear the villagers saying the reason behind why they called her unlucky. Keerthy Suresh has seen saying dialogue with Aadi (Goli Raju) "Nuvu Rama Rao Ayithe Nenu Savithiri". Keerthy Suresh has seen trains herself to become a shooter to participate in national competitions. Senior actress Rama Prabha and Jagapathi Babu are playing roles in the movie.
Related Video Embedded from Youtube. 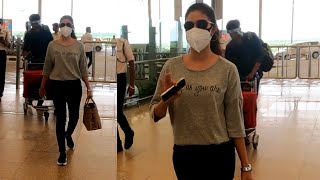 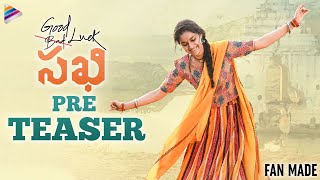