Thu, Aug 06, 2020, 09:23 PM
Presenting herewith the 'Ledhamma Nyayam' video song taken from the film Johaar. Kaala Bhairava has sung the song and the lyrics are penned by Chaitanya Prasad. Music of the song is scored by Priyadarshan Balasubramanian.

Ankith Koyya, Naina Ganguly, Esther Anil, Easwari Rao, Subaleka Sudhakar, Krishna Chaitanya are in the lead roles. The film Johaar is learned to be an interesting story with five important characters. This movie is bankrolled by Sandeep Marni under the banner Dharma Surya Pictures. The film story, screen play and the direction has been handled by Teja Marni.
Related Video Embedded from Youtube.

Along with IPL 2020 matches, the betting has begun all across the World. Recently, the Hyderabad Police busted a cricket betting racket. It is well known that from the first season of IPL, the bettin..
..More
Advertisement
Johaar Related Video News.. 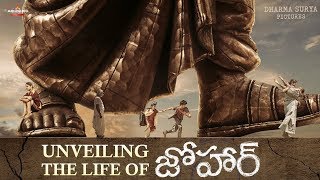