Mon, Aug 03, 2020, 10:40 AM
Dulquer Salman one of the popular actors who secured a special place among the hearts of movie lovers. He is the son of actor Mammootty and is not only an actor but he is a playback singer, film producer and businessman. He acted in Savitri's biopic as Gemini Ganesan character and received positive comments from movie critics. He got married to Amal Sufiya on 22 December 2011 and the couple blessed with a daughter named as Maryam Ameerah Salmaan.

Dulquer Salman is very active on social media and frequently shares his lovely family moments with his fans. From this video, one can catch a glimpse of Dulquer Salman's family pictures.
Related Video Embedded from Youtube. 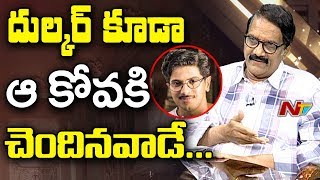 Dulquer Salman Stole My Heart With his Acting in Mahanati: Ashwini Dutt