Tollywood actress, Rukmini movie star Preetha Hari is looking so gorgeous in her latest saree pics. Preetha Hari is the daughter of senior actor Vijay Kumar and Manjula. She was born on 10th in January 1982. Actress Preetha got married to Hari in 2002 and got blessed with three sons.

She entered Tollywood through Rukmini movie and played good roles in various movies including Wife, Maa Annaya, Keshmemga Velli Labamga Randi, Priyamaina Neeku, etc. She also acted in Tamil, Kannada and Malayalam movies and gained a huge fan following. Now, from this video one can catch a glimpse of her beautiful pics. 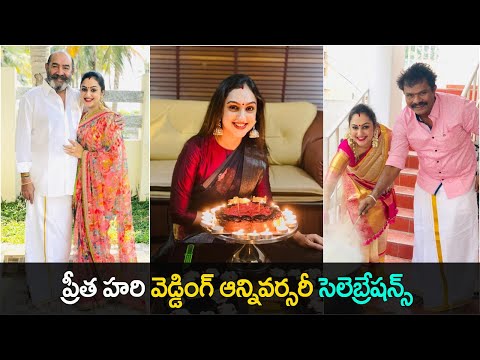