Sun, Jul 12, 2020, 07:04 PM
Goons have attacked journalist Teenmar Mallanna near Indalvai toll plaza in Nizamabad district. It is alleged that TRS goons have reportedly attacked the journalist's car for raising his voice against the Telangana government. Reports suggest that Mallanna was going to Armoor Police Station as part of the case's investigation process when the incident took place.

Mallanna has filed a complaint and demanded to initiate action against the goons. Police have recorded the statement of Mallanna at Indanvai PS and sent him back to Hyderabad. CPI national secretary K Narayana has condemned the attack incident. He said everyone has the right to raise their voice against the state government if they see any undemocratic activities. He has demanded the government to take action against those who tried to attack the journalist.

Dulquer Salman one of the popular actors who secured a special place among the hearts of movie lovers. He is the son of actor Mammootty and is not only an actor but he is a playback singer, film produ..
..More
Advertisement
Teenmar Mallanna Related Video News.. 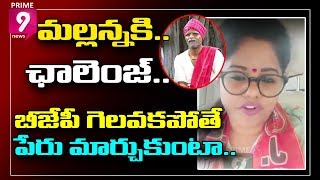