Thu, Jul 09, 2020, 05:42 PM
All is not well between Sushmita Sen's brother Rajeev Sen and his Charu Asopa, a TV actress. Sushmita Sen's brother Rajeev Sen tied the knot with TV actress Charu Asoka( The Mere Angne Mein actress) last year in a grand ceremony in Goa. Reports suggest that the couple is going through a rough patch within a year of their wedding.

The news of troubles in their marriage is constant. Rajeev Sen is reportedly in Delhi, leaving his wife in Mumbai. It is learned that the two have deleted all posts with each other on Instagram.
Related Video Embedded from Youtube. 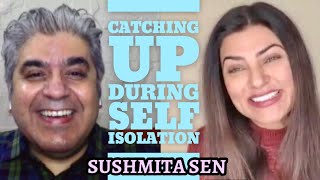