Thu, Jul 09, 2020, 04:40 PM
Bollywood Veteran actor Jagdeep died at the age of 81 at his residence on July 8th The age-related issues led him to death. Shortly before the final rites, the sons of the veteran comedian Javed Jaaferi and Naved Jaaferi talked to the media.

Both the brothers have thanked their well-wishers and others who gave their father immense support until the end of his life. Their father will be laid to rest at a cemetery in south Mumbai. Both the sons were present at the funeral.

The comedian-actor Johny Lever was also present at Jagdeep’s funeral event. Jagdeep was best known for his special role as Soorma Bhopali in Sholay.
Related Video Embedded from Youtube.

HYDERABAD: Amid the COVID-19 crisis, the Telangana Higher Education Council on Monday finalised the exams dates in the state for various competitive exams. According to the sources, the government dec..
..More
Advertisement
Jagdeep Related Video News.. 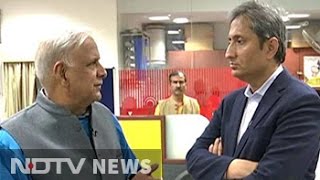 Is cleaning up black money in politics possible?
..More