Thu, Jul 09, 2020, 02:28 PM
South Indian actress Anupama Parameswaran has 7 million followers on Instagram. She uploaded a video expressing gratitude and thanks to fans for their love and support. Anupama made a debut with Malayalam film called Premam which was released in 2015. Recently, she mourned over the loss of two of her pet dogs. She wrote in her Instagram handle that Rum and Toddy were infected with parvovirus and died. Her upcoming movie in Malayalam is Maniyarayile Ashokan. She is playing the role of Shyama. The flick is being directed by Shamzu Zayba.
Related Video Embedded from Youtube.

The entertainment world has no boundary. It keeps on spreading in many forms. Several TV shows are an example of this. There are many such TV shows which keep on entertaining the audience one after an..
..More
Advertisement
Anupama Parameswaran Related Video News.. 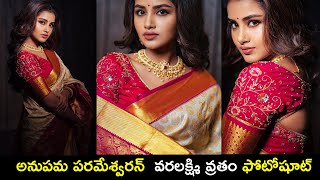 Wow!! Anupama Parameswaran looks so beautiful in her latest pics 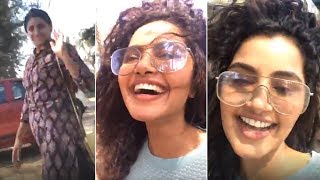