Mon, Jul 06, 2020, 01:42 PM
The Chinese troops moved back by 2 kilometres from the clash site in Galwan Valley, Ladakh. Temporary structures like tents were removed by China and India at LAC. Even, a buffer zone has been created to avoid any escalation, according to reports. China has pulled back after both countries held commander-level talks for three times.
Pulling back of troops by China is also claimed to be India’s tough stand. On June 15, 20 Indian soldiers were martyred in a face-off with Chinese troops at LAC leading to escalation of tension between both countries.
Related Video Embedded from HMTv Youtube Channel. 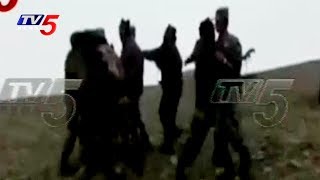