Sun, Jul 05, 2020, 11:04 PM
A complaint has been filed against filmmakers Mahesh Bhatt and Mukesh Bhatt, besides actor Alia Bhatt accusing of hurting Hindu sentiments with the 'Sadak 2' poster. The complaint was filed before a court in Muzaffarpur in Bihar. Acharya Chandra Kishore Parashar, a resident of Sikandarpur locality of Muzaffarpur, has lodged the complaint.

The poster also drew flak from the netizens for being 'nepotistic,' and the netizens trolled them while comparing with the incident of Sushant Singh Rajput, who was reportedly a victim of nepotism.

The netizens trolled that celebs give much importance to their actor sons and daughter rather than other actors like Sushant. On the other hand, some of the intimate pics of Priya Chakravorty( former lover of Sushant) with that of the filmmaker Mahesh Bhat have turned controversial.
Related Video Embedded from Tv9 Youtube Channel. 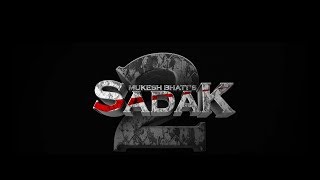