TDP leaders like Nakka Anand Babu, Alapati Rajendra Prasad, and GV Anjaneyulu have expressed their anger against the YSRCP government.

Nakka Anand Babu has alleged that it is political revenge against the opposition and further alleged that the ruling government wanted to eliminate it. He said they would not allow them to be successful in their endeavors. 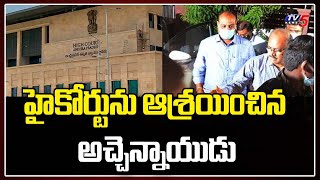