Tue, Jun 16, 2020, 09:01 PM
The demise of Bollywood actor Sushant Singh Rajput has saddened the film industry of India. Even some of the international celebs have been expressing their grief as they had watched a biopic MS Dhoni: The Untold Story in which the actor proved his acting skills.

MS Dhoni has become heart-broken after getting the sad news. Though the former Cricket captain could not reveal his feelings openly, one of his managers Arun Pandey has released a statement highlighting the emotional outburst of MS Dhoni. He said MS Dhoni is unable to digest the news.
Video is not Available for this News 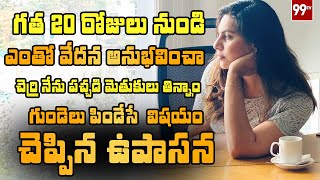