Fri, Jun 05, 2020, 07:29 PM
TikTok star-turned-BJP leader has landed in controversy after she thrashed Sultan Singh, the Hisar market committee secretary at the Balsamand Mandi, with her slipper. The videos of her thrashing at Sultan Singh with a slipper have gone viral after these were widely circulated on various social media platforms. The police personnel could be seen as mute spectators at the spot.

Reports suggest that Sultan Singh had objected to the BJP leader with derogatory remarks against her for interfering in the concerns of the farmers on the procurement issue. When asked, Phogat said she lost her cool for the objectionable language used by market committee secretary.
Related Video Embedded from Youtube.

Shaktikanta Das, RBI Governor said the Indian economy has begun showing improved signs of getting back to normalcy. It is only possible because of taking several regulatory initiatives. In a press..
..More
Advertisement
Sonali Phogat Related Video News.. 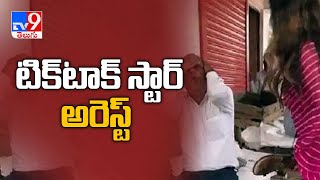