Fri, May 29, 2020, 12:44 PM
Daggubati Ramanaidu, a filmmaker, was widely known as the movie Moghul. He started his career as a rice mill owner and later in the year 1958; he began his film career. He has co-produced the film Nammina Bantu in which late Akkineni Nageswara played a lead actor role in the film. In the same year, he got married to Rajeswari. It was a love marriage.

After the marriage, Daggubati Ramanaidu shut the rice mill and got shifted to Madras in the year 1962 following the suggestions of few people. His wife Rajeswari played a crucial role to start his career in the film.

Watch some of the unseen pics of Daggubati Ramanaidu's wife Rajeswari with family.
Video is not Available for this News

A team of YSRCP MPs will be leaving to Delhi in a special flight from Vijayawada on Friday. They will be meeting Lok Sabha Speaker Om Birla and will hand over a letter seeking disqualification of Nara..

Following an escalating tension in the India and China border, the Indian businessmen have become alerted. Indians have been boycotting Chinese products, and they have launched a protest against the C..

A woman registered a complaint against Muppalla SI Jagadish in Narasaraopet police station on Thursday for cheating in the name of love and marriage. The victim alleged that she met SI in 2013 regardi..

Son leaves mother at bus stand after she was confirmed with corona: Guntur

A son leaving her old mother at the bus stand after she was confirmed with corona case has left everyone shocked. Reports suggest that the older woman, who was tested negative in another place, came t..

The AP government has filed a petition in the Supreme Court challenging the High Court’s verdict over revoking the suspension of the senior IPS officer AB Venkateswara Rao and requested the Apex Cou..

In a shocking incident, a Tihar Jail inmate murdered another prisoner last Monday to avenge the rape of his relative. He had planned the sinister plot for months before executing it. This revelation h..

AP Legislative Assembly Speaker Thammineni Seetharam has expressed concern over excessive interference of the judiciary in the administrative affairs of the state government. Speaking to the media on ..

Bigg Boss 3 Telugu winner and Tollywood playback singer Rahul Sipligunj has put an end to rumours of his affair with Bigg Boss 3 contestant and Tollywood actress Punarnavi with a clear message. Rahul ..

AP continues to witness the high number of corona cases. In the last 24 hours, the state saw 845 new COVID-19 cases and five deaths. It took the total confirmed cases in Andhra Pradesh to 16,097. Out ..

Tollywood hero Ram Charan’s wife Upasana Konidela has shared an unseen video on social media. In the video, Upasana wrote, “Ram Charan has decided to jump into the dark cave to swim with loads of ..

The ACB may seek the extension of Atchannaidu’s custody in the Rs 150 crore ESI scam. In this regard, the investigating agency is likely to file a petition in the ACB court. Officials may tell the c..
..More
Advertisement
Daggubati Ramanaidu Related Video News.. 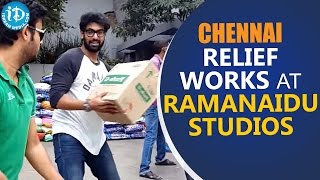 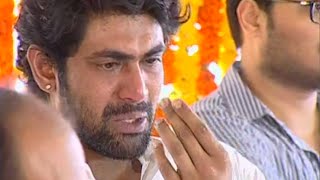 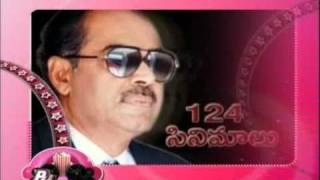