Presenting herewith the latest trailer of Telugu comedy show Amrutham 2. Amrutham writer, the producer Gunnam Gangaraju has geared up to come with Amrurtham 2 to thrill the Telugu audience with new concepts. The cast in the serial remains unchanged except the popular character Anji, which late comedian Gundu Hanumantharao had played earlier.

'Amrutham Dhvitheeyam', the reprised version of the famous Telugu comedy show 'Amrutham' which was aired 19 years ago on TV, has begun its journey on March 25.

Earlier, the popular director SS Rajamouli has called the show 'truly Adwitheeyam',i.e., 'second to none'.

TDP National General Secretary Nara Lokesh has extended support to inter-student Lokesh, who recently lost his father and grandfather due to coronavirus. TDP MLC has given his number to Lokesh in a video call..

A video of a man calling Remdesivir injection 'Remo D’Souza' has gone viral on social media. The Bollywood director and choreographer Remo D’Souza took the incident on a fun note. He has shared the..

Rana Daggubati's wife Miheeka Bajaj, on May 12 has celebrated one year of accepting his proposal and called it the best decision ever. Miheeka Bajaj has refreshed her memory by sharing a photo of..

Watch and enjoy the official trailer of upcoming comedy drama movie Battala Ramaswamy Biopikku starring Altaf Hassan and Shanthi Rao in lead roles. The film is all about hero’s life becoming complicated after he..

The civil services preliminary examination scheduled for June has been postponed to October, the UPSC said in a statement. The annual civil service examination to select officers of Indian Administrative Service (IAS), Indian Foreign..

We have to live with coronavirus, reiterates CM Jagan

Chief Minister YS Jagan Mohan Reddy on Thursday once again reiterated that people have to live with novel coronavirus. Speaking on the occasion, he stated that 172 crore vaccine doses are needed to inoculate.. 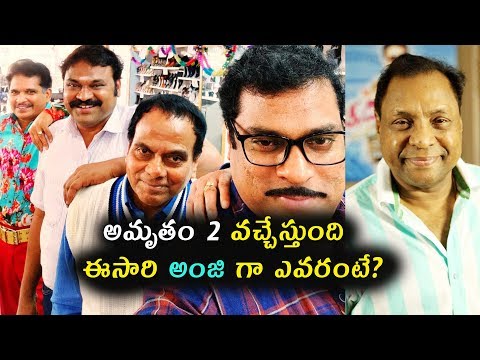