Sat, May 23, 2020, 06:17 PM
"There is a no greater warrior than a mother protecting her child". Here is a video in which a mother hen indulged in a fierce battle with a poisonous Cobra snake to save her chicks. Indian Forest Services official Susanta Nanda shared a video on his Twitter handle and captioned as "Battle Royal... When a mother fights to save the children, it is battle royal. Brave mom saves her chicks fighting a cobra."

From the video, a snake slithered into the enclosure of the hen which is staying along with chicks and tried to attack the chicks. Spotting the danger, mother hen confronted the cobra until the last chick fluttered away from the enclosure. The snake tried to bite the hen but it narrowly escaped with chicks from the enclosure. The video went viral on social media and netizens praising the mother hen efforts to save her chicks.
Related Video Embedded from HMTv Youtube Channel.

Asked to respond on the casting couch in the Telugu film industry, director Ram Gopal Varma said that exploitation of the weak by strong will continue in the society. Casting couch is not limited to t..
..More
Advertisement
Hen Related Video News.. 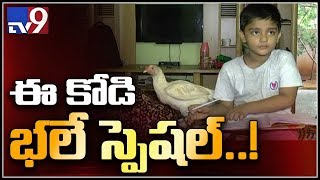 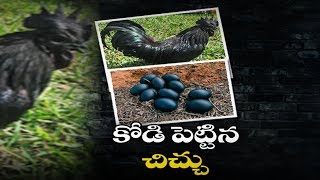