Sun, May 10, 2020, 03:56 PM
'Weekend comment by RK' is a special program that explores the important political incidents taking place in the two Telugu states of Andhra Pradesh and Telangana. To begin with, the Chief Minister YS Jagan Mohan Reddy of Andhra Pradesh has made the headlines during the lockdown period. CM YS Jagan taking some of the decisions during this time has shocked the people of the state and the nation.

The AP government hiking 75% of the liquor prices, has not only shocked the people, but it has also become the subject of the political criticism by the opposition parties. CM YS Jagan has also launched some of the welfare schemes in the state. CM YS Jagan wanted to prove himself that he is always with the people safeguarding their interests.

Watch the video to know the differences between the former governments of the late YSR and the TDP government led by Chandrababu Naidu.
Related Video Embedded from ABN Youtube Channel. 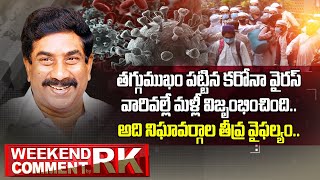 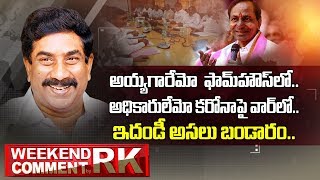 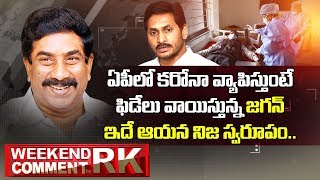