Fri, Apr 10, 2020, 03:29 PM
Andhra Pradesh government has initiated disciplinary action against Nagari Municipal Commissioner for allegedly making comments against the state government. It has suspended Venkatrami Reddy, the Municipal Commissioner of Nagari, in Chittoor district. The state government took strict action against the officer who has alleged in a selfie video that they were not supplied with enough masks, PPE kits, hand gloves, boots, etc. He has claimed that despite the four positive corona cases in Nagari, the concerned officials have not shown their concerns. He has only appreciated YSRCP Nagari MLA Roja for showing her concern. The video has gone viral.
Related Video Embedded from NTv Youtube Channel.

In a live interaction with Frustrated Woman, Sunaina Badam, Tollywood actor and comedian Dhanraj said that he will present the way he was while acting in movies or comedy shows. “I will never try to..

Till now, 219 coronavirus positive cases have been recorded in the East Godavari district in Andhra Pradesh in which 113 were registered in Gollala Mamidada village in Pedapudi mandal. About ten days ..

Indian cricketer Mahendra Singh Dhoni has not been seen doing live Instagram chats with their fellow teammates or other interviewers, neither the wicketkeeper-batsman has posted about his lockdown rou.. 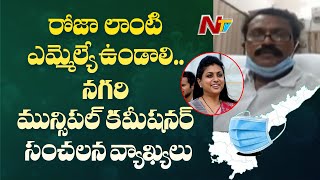 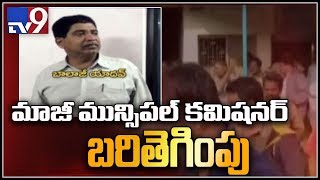 Ex-Municipal Commissioner beaten up for sexual harassment on woman in Tirupati
Advertisement
..More