Thu, Apr 09, 2020, 12:03 PM
According to sources, veteran actress Manorama’s son Bhoopathi had consumed sleeping pills on Wednesday. He took the extreme step as he could not get liquor due to the close down of liquor shops in the lockdown period. For the last few years, Bhoopathi was addicted to consuming liquor. Immediately, his family members shifted him to a private hospital in Chennai. Manorama’s grandson Raja Rajan said his health condition is stable. Manorama, who passed away two years ago, had played different roles in Telugu and Tamil films.
Related Video Embedded from Youtube.

The corona virus continues to create fear among the people all across India and in the World. In Andhra Pradesh, within 24 hours, 110 fresh COVID-19 cases have been reported. This made the total numbe..
..More
Advertisement
Manorama Related Video News.. 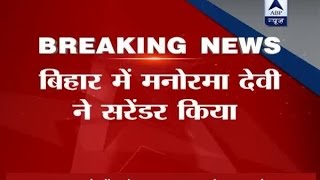 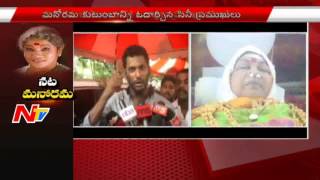