Fri, Apr 03, 2020, 04:43 PM
Addressing the media in Tadepalli on Friday, Sajjala Ramakrishna Reddy, Adviser to Chief Minister YS Jagan Mohan Reddy, came down heavily on opposition leader Nara Chandrababu Naidu for criticising the YSRCP government for deferring salaries to government employees and pensioners. He alleged that Chandrababu handed over exchequer to the YSRCP government with pending bills and loans. The TDP chief was talking as if the state government was not paying full salaries to employees despite having funds, he stated. He also found fault with the tweet of MLC Nara Lokesh.
Related Video Embedded from NTv Youtube Channel.

Daggubati Ramanaidu, a filmmaker, was widely known as the movie Moghul. He started his career as a rice mill owner and later in the year 1958; he began his film career. He has co-produced the film Nam..

Villagers of Konapothugunta of Achanta mandal in West Godavari district were evacuated as gas leaked from a borewell dug for the drinking water from the residence of Bandi Yesu. On receiving informati..

New rules and regulations for cinema and TV serials!

In Tollywood and Bollywood movies, the romance scenes are familiar. Due to coronavirus, some of the rules in the films are going to be changed now. The centre has directed specific rules and instructe..

Nimmagadda Ramesh gets relief from the AP High Court

The Andhra Pradesh High Court on Friday struck down the ordinance of reducing the tenure of the State Election Commissioner (SEC) issued by the AP government and instructed the government to reappoint..

In the latest update of Aaliya-Nawazuddin divorce row, new reports suggest that Aaliya has demanded Rs 30 crore alimony from Nawazuddin Siddiqui. However, Aaliya has refused any such claims. According..

Hero Venkat, who made a Tollywood debut with Sri Sita Ramula Kalyanam Chootamu Raarandi, has stated that he faced the camera for the first time in his debut movie. He gave credit to producer YVS Chowd..

Tollywood actress Manchu Lakshmi is very active on social media platforms. The television presenter has recently shared some of her marriage unseen photos on her social media handle. She has also shar..

Will Balakrishna gets an invitation to the CCC meeting today?

The comments made by MLA and actor Nandamuri Balakrishna has created a sensation in the Telugu film industry. Megastar Chiranjeevi’s brother and Jana Sena leader Naga Babu has responded strongly for..

Jabardasth comedians, anchors & Roja to get a big shock

The shooting of Telugu TV serials and shows have stopped for the last two months in the wake of lockdown imposed to stop the spread of coronavirus. Jabardasth, the top rated comedy show among entertai..

Reiterating his offer to mediate on the border dispute between India and China, US President Donald Trump has said that he spoke to Prime Minister Narendra Modi, who is not in a good mood over the big..

Tollywood actress, Heart Attack movie fame Adah Sharma experiencing her moments with family members during the lockdown. This Commando 3 actress shared a video in which she revealed how to become a wa..

I donated my hair because...: Bigg Boss star Vithika Sheru

Tollywood actress, Bigg Boss star contestant Vithika Sheru shared many interesting things with her fans through the live interview. Vithika said that there is no big difference after taking part in Bi..

This is how restaurants will greets you after lockdown

HYDERABAD: The lifestyle of humans changed after deadly Coroanvirus pandemic and physical distancing and wearing masks are mandatory to protect from the invisible enemy Coronavirus. Most of us are bus..

JAMMU & KASHMIR: A Pulwama like terror attack was averted by the Indian Army and security forces on Wednesday night. According to the sources, a white Hyundai Santro carrying 50to 60 kg IED materi..
..More
Advertisement
Sajjala Ramakrishna Reddy Related Video News.. 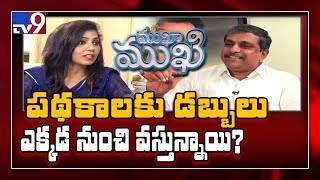 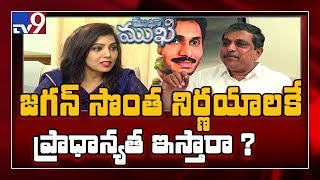 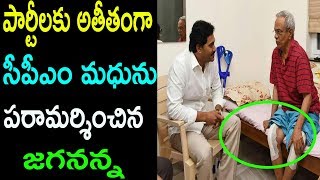 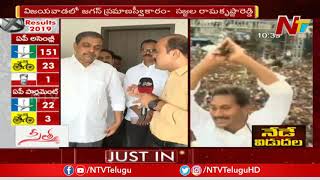 Jagan to be elected as YSRCP LP leader on Saturday: Sajjala
..More