Sun, Mar 29, 2020, 04:43 PM
RangDe is an upcoming Telugu film featuring actor Nithiin in the lead role. The film has National award-winning actress Keerthy Suresh in the female lead. Nithiin and Keerthy Suresh are working together for the first time in this movie. Venky Atluri directs the film and Naga Vamsi under the banner Sithara Entertainments produces the film. PC Sreeram handles the camera, and sensational music composer Devi Sri Prasad scores the music. The romantic entertainer is likely to be released in November 2020.
Related Video Embedded from Youtube. 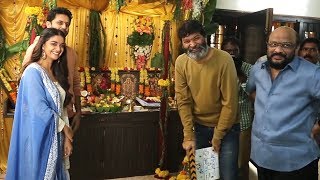