Wed, Mar 11, 2020, 11:49 AM
It is yet another shock to TDP in Visakhapatnam district as the former MLA Panchakar Ramesh Babu has announced that he is quitting the party today officially. Speaking to media, the TDP leader has criticized the party high command for opposing the concept of three capitals, especially Visakha as the executive capital of the state. Former MLA said, he took the resignation decision seeking development of Visakha city and added that for him politics is not all things. He has faulted TDP Chief Chandrababu Naidu for alleged comments against the prospects of Visakha as the executive capital.
Watch the video for more insight.
Related Video Embedded from Tv9 Youtube Channel.

Bollywood superstar Salman Khan has launched new grooming and personal care brand FRSH. The actor has revealed why the Fresh can not be written as FRSH, citing some examples of other words. Salman Kha..
..More
Advertisement
Panchakarla Ramesh Babu Related Video News.. 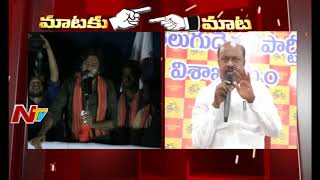 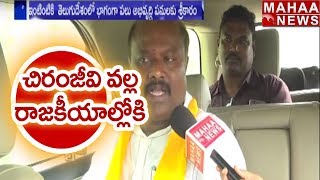